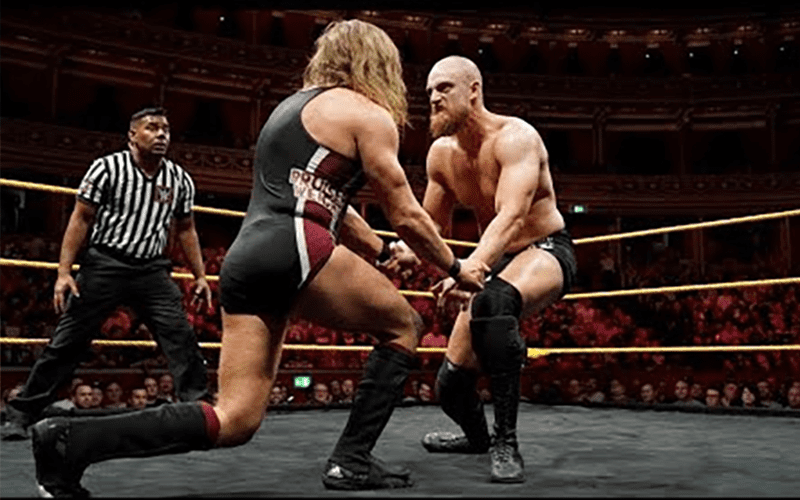 During the second annual WWE United Kingdom Championship Tournament this year, Zack Gibson made it through to the end, taking out Travis Banks in the final round to be declared the winner.

While he was unsuccessful in his subsequent challenge to Pete Dunne for the WWE UK Championship, Gibson does have the honor of being known as the second winner of the event. He follows the legacy first set by Tyler Bate, who had won the inaugural event.

According to Gibson during an appearance on The Anfield Wrap podcast, he was originally scheduled to give a heartfelt speech after his victory, despite working as a heel the entire night.

“They had asked me to do a really heartfelt speech at the end. They said, ‘Just tell us all what it means to you’. I said, ‘I’ve kind of got this thing in the back of my head that I want to do…’ They basically said, ‘You know what, you just do what feels right’. So I had that sat in my back pocket for a little while, a rewording of Allez, Allez, Allez, because when the stadiums are bouncing with that song and the pubs, you can’t really describe it. So I wanted to harness that. Then I threw in my own little bits to show it’s not just about Liverpool, it’s me with Liverpool. Liverpool [is] growing, we’re going back to where we want to be, and it feels like we’re both moving along. I wanted to put that over, and obviously, I just wanted to rub it in their noses.”

Gibson will be taking part in the first tapings for the new NXT UK brand- which will feature Superstars such as Dunne, Bate, Trent Seven, Mark Andrews, Gentleman Jack Gallagher, Travis Banks, El Ligero, Toni Storm, Jinny, Joe Coffey and a plethora of other talented performers as showcased earlier this year.

Are you excited for NXT UK? Did Gibson deserve the victory? Sound off in the comments below.