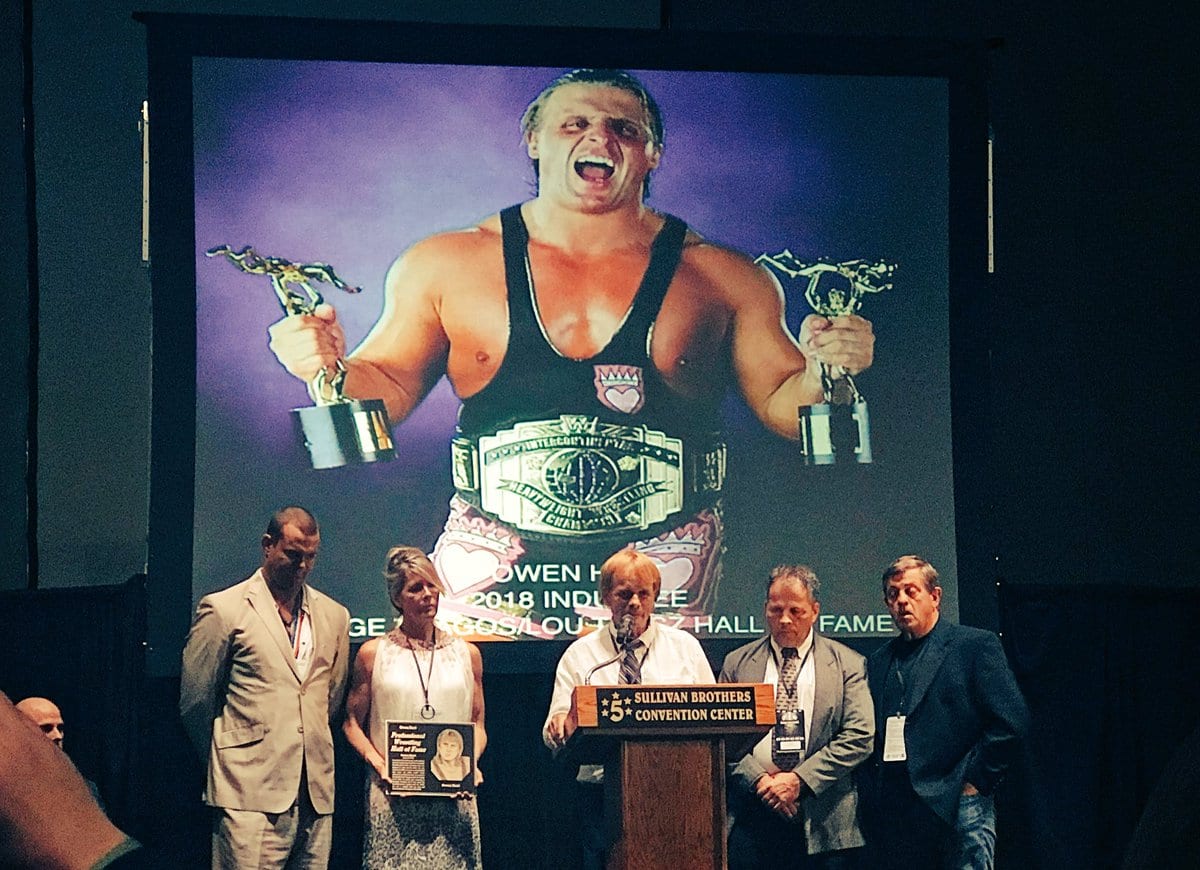 Owen Hart’s widow doesn’t sound like she’ll be letting her husband get an induction into the WWE Hall Of Fame, but she isn’t nixing all HOFs. Owen was inducted into the  George Tragos/Lou Thesz Hall Of Fame on Saturday night.

Martha Hart, Owen Hart’s widow wasn’t in attendance and neither was Bret Hart. The Hitman was busy hanging out at the UFC show in Calgary and chilling with Dana White.

Other members from the Hart clan were there to accept the honor for Owen including Davey Boy Smith, Jr., Adam Pearce, Diana Hart, Bruce Hart, Ross Hart, and Keith Hart.

Maybe one day we’ll see Owen get an induction into the WWE Hall Of Fame, but Martha will need a huge change of heart for that to happen. In the meantime, it’s nice to see she’s allowing her husband’s name to be honored like this.

The Hart Family accept the induction of Owen Hart into the 2018 George Tragos/Lou Thesz Hall of Fame pic.twitter.com/LTv7iz6BOe