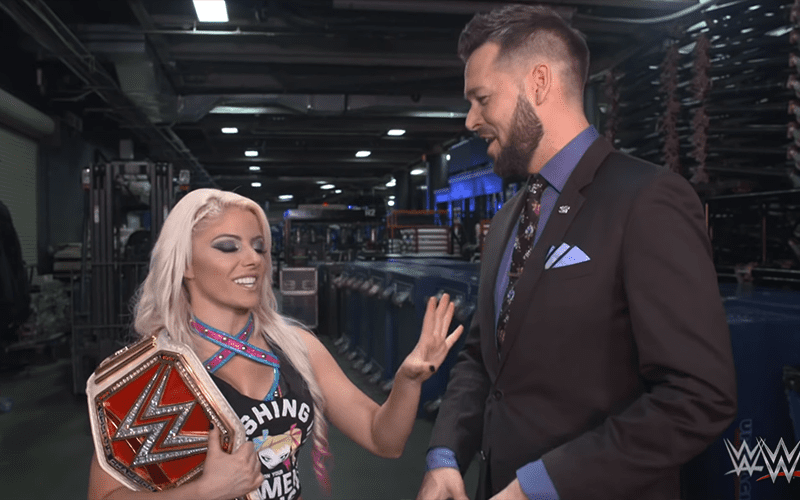 WWE has posted footage of Mike Rome attempting to score a date with Alexa Bliss after he misheard her trying to promote her appearance on Table for 3 on the WWE Network earlier this month.

The next week Rome handled a backstage interview and talked to Bliss about her overcoming Ronda Rousey’s attack.

Rome apologized the next night on RAW for the dinner mix-up and asked her for forgiveness. Rome then asked Bliss out on a date again and he got rejected.

WWE has now published footage of Rome attempting to get Alexa’s attention by throwing stuff at her and asked her out to dinner again. Alexa responded by shoving his face onto a plate of blueberry cheesecake.