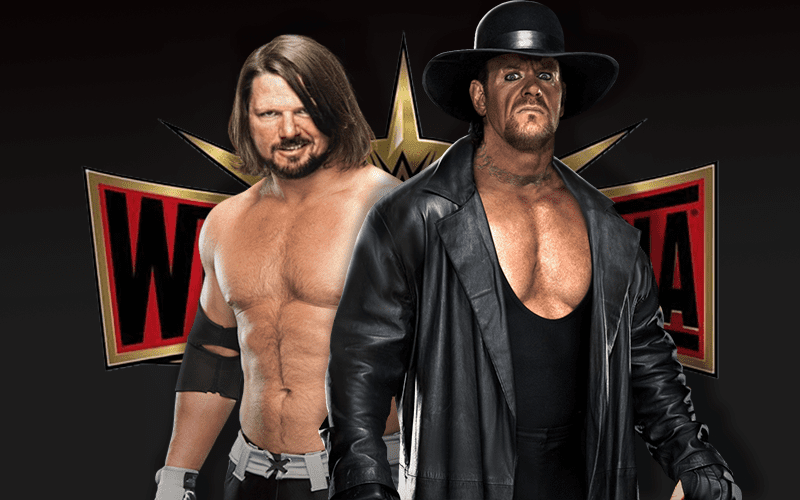 While speaking to Noelle Foley of Ringside Collectibles at Comic Con in San Diego, WWE Champion AJ Styles was asked who his dream opponent would be in a match at WrestleMania. Before revealing that he’d be open to a match with The Undertaker, Styles said it’s basically up to the WWE Universe because he doesn’t make the decisions.

“Okay, here we go because this question has been asked a million times. I am going to ask you, who would you like my dream opponent to be? It’s up to the WWE Universe because we want to give them the dream match. So, it’s whatever they want. That’s what I want to give them. It’s not up to me. They know what they want to see and I want to give it to them. That’s my job.”

“See, he just said that. I get it. Would I love to be in the ring with The Undertaker? To learn from this man would be unbelievable. Will it ever happen? I don’t know but yes that would be a dream match for me as well.”

You can listen to Styles’ remarks embedded in the video below.