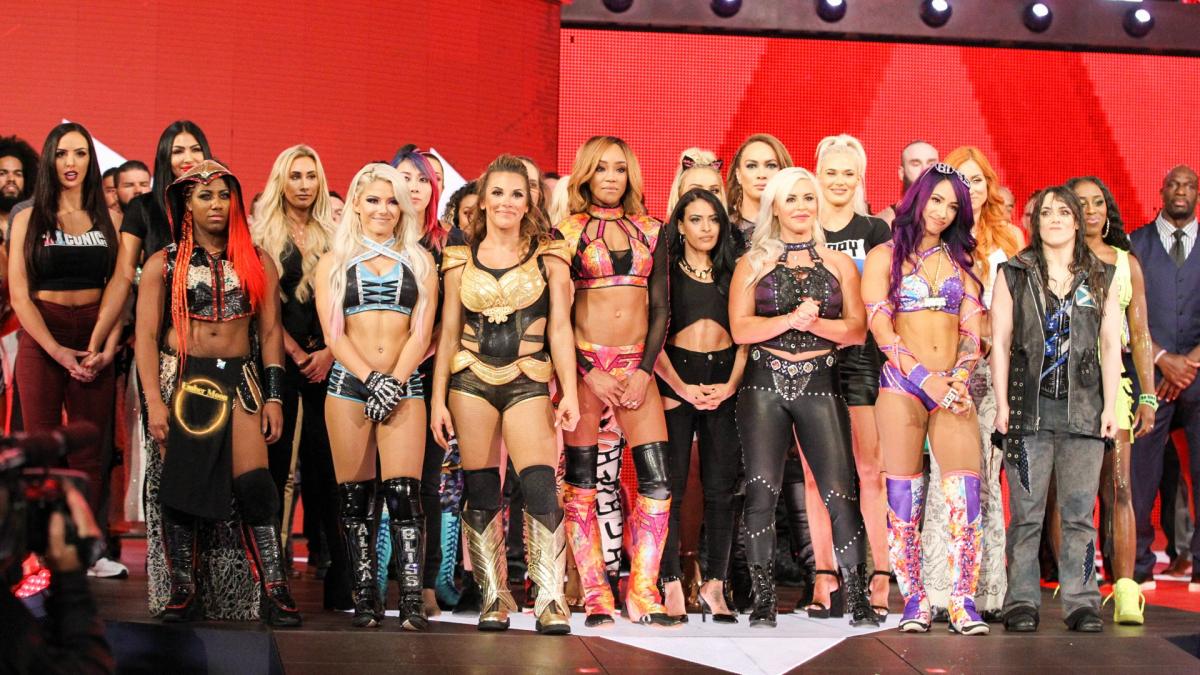 Stephanie McMahon had a historic announcement and it required all of the women in WWE’s roster to be there. While wrestlers who were out via injury or just not scheduled to be there like Ronda Rousey were absent, WWE pulled as many females in as possible.

SmackDown Live was rolling through Carbondale, Illinois on Monday Night but the SmackDown Women were at Raw instead. This was interesting for travel plans and several female talents advertised for the show obviously didn’t show up.

The Wrestling Observer Newsletter noted all the women were pulled from the Illinois house show to make Raw in Cinniciniti.  They wanted as many females to be there as possible, for the big announcement.

Therefore, the Carbondale house show was an all-male event because the women were in Ohio for the announcement of the first-ever all female pay-per-view.