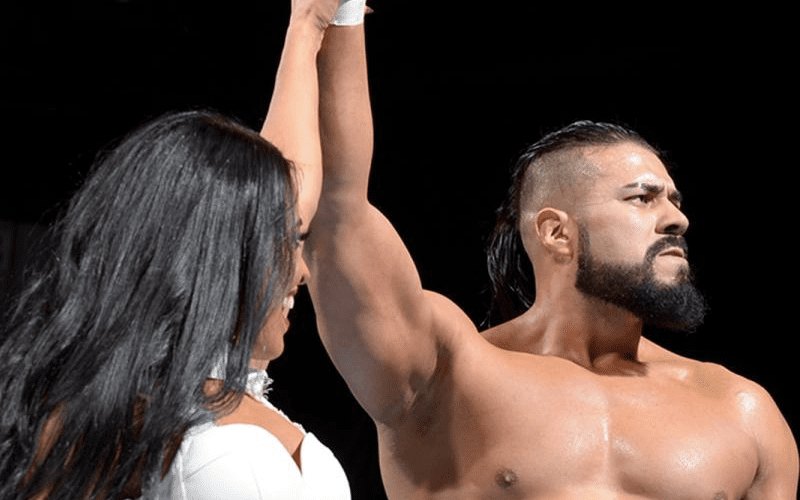 It is being reported by PWInsider that former NXT Champion and recent NXT call-up Andrade ‘CIen’ Almas may be potentially receiving a push following his recent bout against WWE Champion AJ Styles on SmackDown Live.

Apparently, the match got a lot of attention backstage at the show and sparked some further interest in the pairing of Almas and Zelina Vega. While Styles was victorious in the match on SmackDown Live, Almas did his job to get people talking.

PWInsider is noting WWE may be lining Almas up for a ‘big push,’ which could signal a feud against Styles or potentially Samoa Joe following SummerSlam- but WWE could also flip the switch and have Almas join Joe and Styles for the WWE Championship match at the show.

There is no confirmation as to what the direction of a potential push for Almas would leave the former Champion, but we did note he was originally scheduled to capture the WWE United States Championship from Jeff Hardy before Shinsuke Nakamura was instead given the position.

Would you like to see a push for Almas? Does Almas feel like a legitimate force on WWE TV already? Sound off in the comments below.