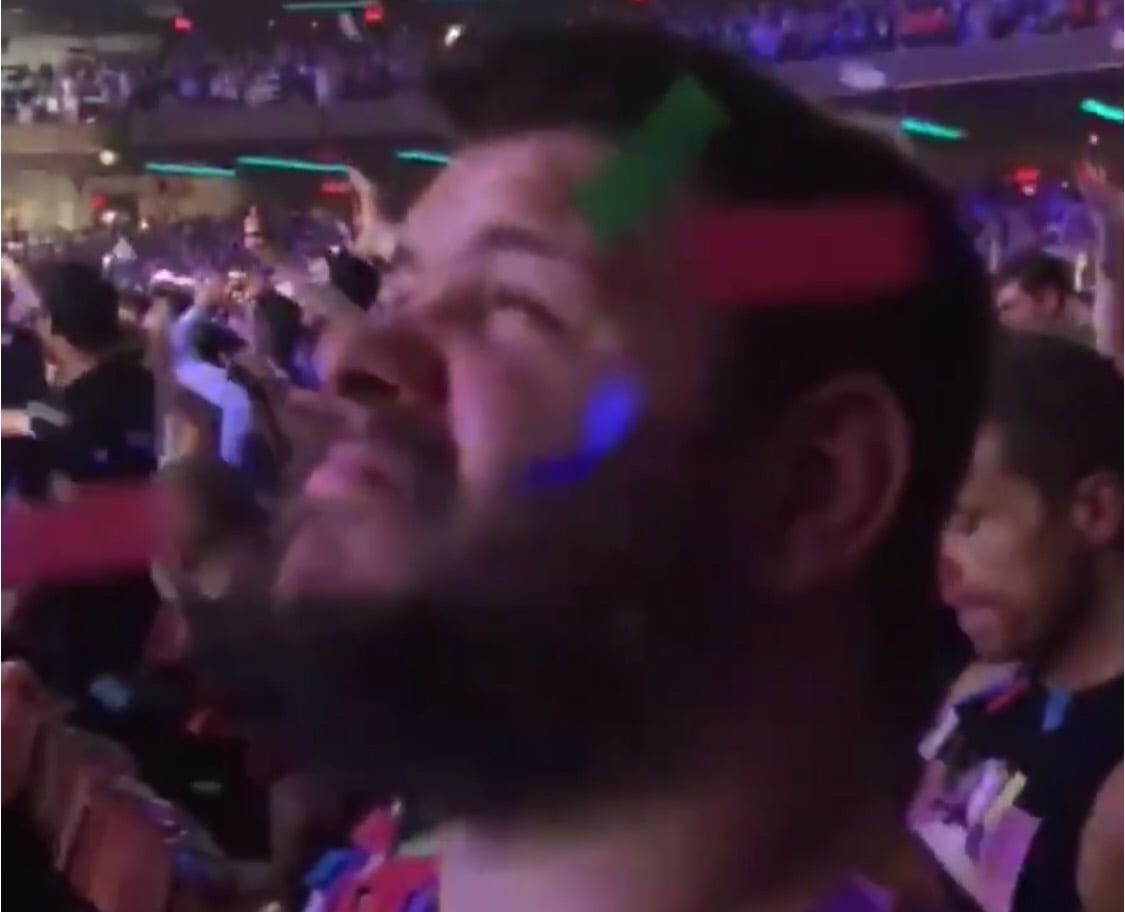 Kevin Owens loves to go to concerts. He recently went to a Shania Twain show and after bugging her for weeks on social media to sing “When”… she didn’t. But she did invite KO on stage which was cool.

Kevin and his wife went to a Britney Spears concert at Radio City Music Hall last night. As you can see from the video below, Kev wasn’t the most excited to be there but his wife loved it. She later said meeting Britney was great and Spears is very tiny.

She uploaded several moments from the concert to her Instagram story, but the shot of Kevin getting covered in confetti was really all anyone needed to see.