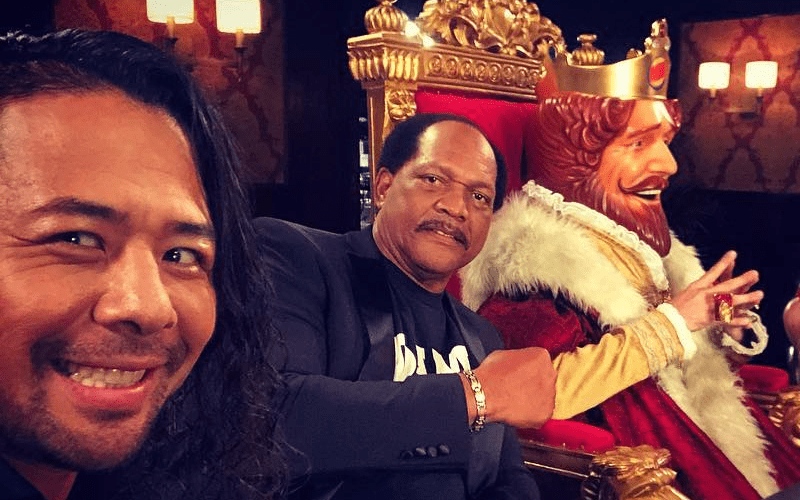 WWE has many sponsorships and ambassadors, but the latest is seemingly set to be both hilarious and glamorous, as several Superstars will be working with Burger King on a commercial.

SmackDown Live Superstar and WWE United States Champion Shinsuke Nakamura took to his Instagram account to share a photo of himself, Ron Simmons and former SmackDown Women’s Champion Charlotte Flair sitting next to a games table with the Burger King.

The picture itself exudes both hilarity and glamor, taken to the next level with the comment left by Nakamura on the post. Check it out: 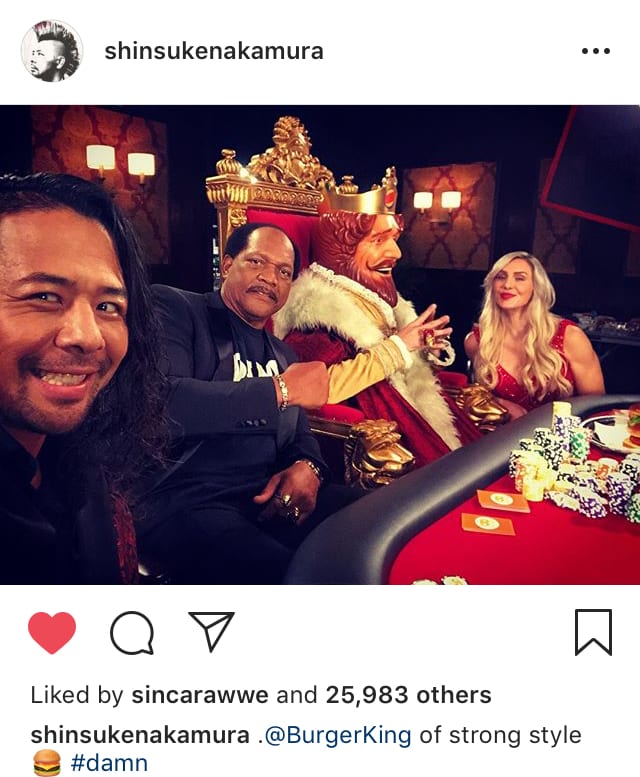 There has been no reveal date announced for the commercial, but we anticipate it will likely be out within the next month or two.

Are you a fan of Burger King? Would the presence of the Superstars mentioned above sell you on going to Burger King? Sound off in the comments below.