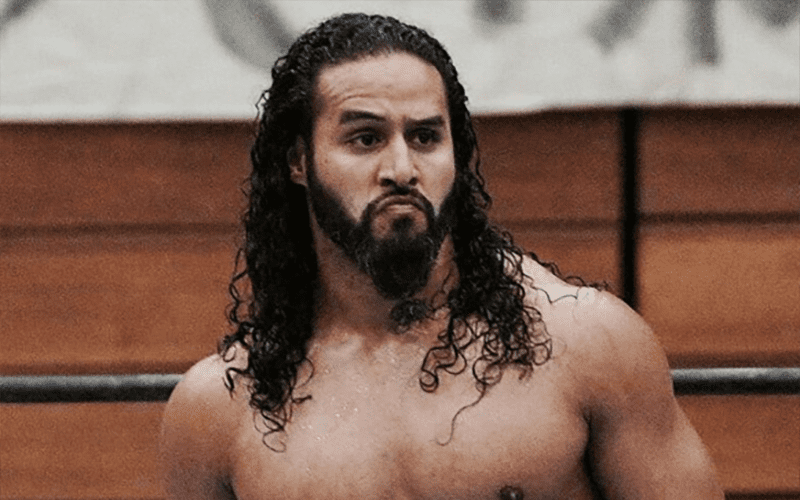 The Bad Boy Tongan has been in rampage mode since the G1 Special in San Francisco where he, brother Tanga Loa, and King Haku destroyed the Elite members of the Bullet Club to take control of the faction. Throughout the still on-going G1 Climax tournament, Tama and his posse have been playing the numbers games on opponents and proving how vicious the Bullet Club can be without the likes of Kenny Omega or Cody Rhodes.

In a new promo posted by NJPW, Tama Tonga took a shot at the “Internet Wrestling Nerds” and spat on the tradition of the G1 tournament.

One fan of course…had to put in his two cents.

Things escalated quite a bit more, with the fan saying that he use to have a picture of two fallen army soldiers, and called Tama a fairy for “fake fighting.” Tama responded by saying he wishes it was the fan who was killed in action, and then reminded the world that he has served in the Air Force. The tweet has since been deleted. Someone fortunately…took a screenshot. 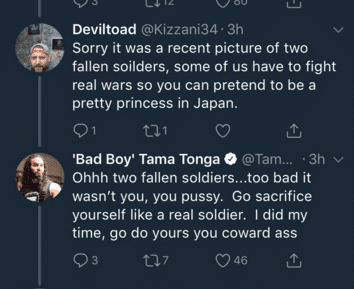 All fun and games with a vicious top heel in New Japan, but will Tama suffer any consequences for such a statement? Hopefully not.

The G1 continues this Wednesday, with Tama Tonga squaring off against Tetsuya Naito.