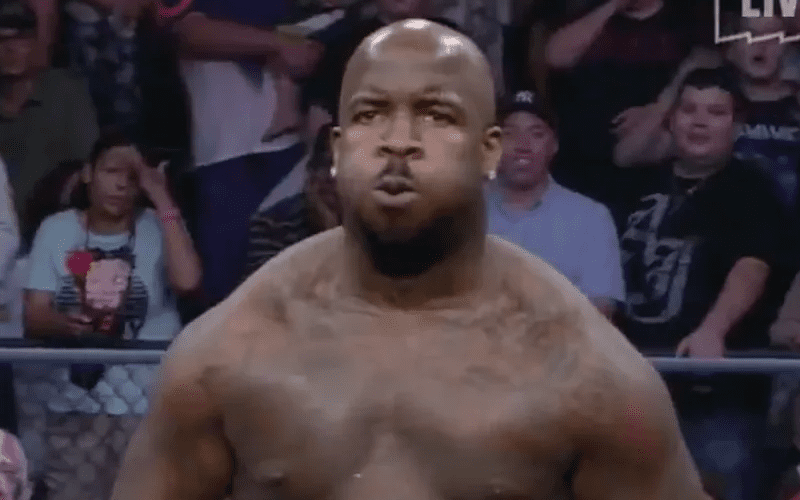 Moose has become a very notable name in Impact Wrestling. Since making his exit from the NFL, Moose has competed in Ring of Honor and WrestleCircus, among other promotions- before ultimately arriving in Impact Wrestling to become the star we know today.

Ahead of his bout against Austin Aries for the Impact World Championship tonight at Slammiversary, Moose was interviewed by Wrestlezone where he revealed what the transition was like from NFL to wrestling, what he thinks about Aries, the Impact Grand Championship and why he loves working for Impact Wrestling.

First, Moose explains how the transition from NFL to wrestling has been:

“It’s been an easy transition for me but I keep working at it and improving.”

Next, Aries was asked to give his opinion on his Slammiversary opponent:

“Austin Aries is good and he’s definitely the belt collector but I could be a belt collector too if I called the local promotions and asked them to put me against their champion, but he only has one championship that matters to me and that is the Impact Wrestling World Championship. He’s definitely got more experience than me but we’ll see what happens when it’s time for our fists to do the talking. I am gonna go out there and beat the sh*t out of him.”

The Impact Grand Championship was an interesting title for the company. Bouts had multiple judges and several rounds. It was something seemingly unseen in the wrestling industry. Moose was a two-time Champion and knows the belt better than anyone. He comments on that:

“The rules were definitely interesting and I was the longest reigning Grand Champion and the only two-time Grand Champion so I definitely have a lot of history with that championship. As far as the belt no longer being around, it is what it is. There are no hard feelings. No harm no foul.”

Finally, Moose explains why Impact Wrestling is such a good fit for him:

“Impact Wrestling has really helped me develop my television skills and has made me a better television star.”

Did you follow Moose before his wrestling days? Did you like the concept behind the Impact Grand Championship? Sound off in the comments below.