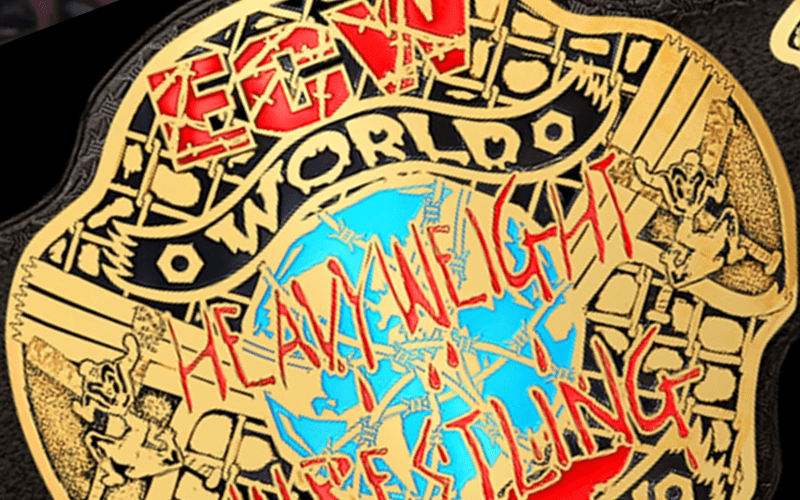 Impact Wrestling is currently in the midst of their fourteenth Slammiversary PPV. One of the matches on the card was ECW original Tommy Dreamer taking on Eddie Edwards in a House of Hardcore match.

The match itself was built on Dreamer refusing to allow Edwards to kill Sami Callihan after their previous bout. That feud had sparked after the now-famous incident where Callihan almost ended Edwards’ wrestling career with a baseball bat and chair incident earlier this year.

While Edwards was ultimately victorious in the bout, the ECW Championship in its original design resurfaced as Dreamer took the belt from a member of the crowd and used it on Edwards.

Below is a photo of the very belt used tonight: 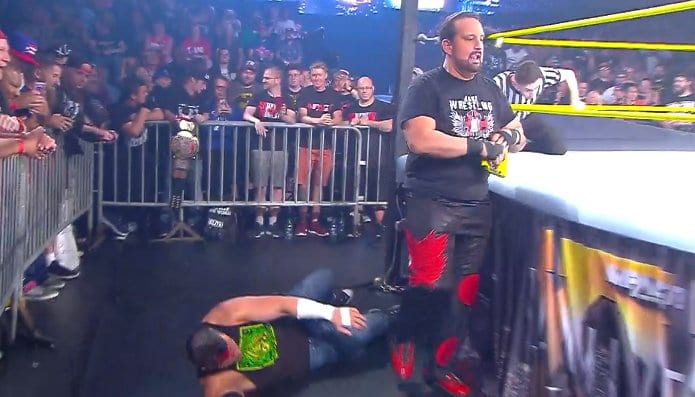 It was very interesting to see Impact Wrestling use a Championship in any capacity owned by WWE on their show.

What are your thoughts after seeing this? Did you notice it too? Sound off in the comments below.