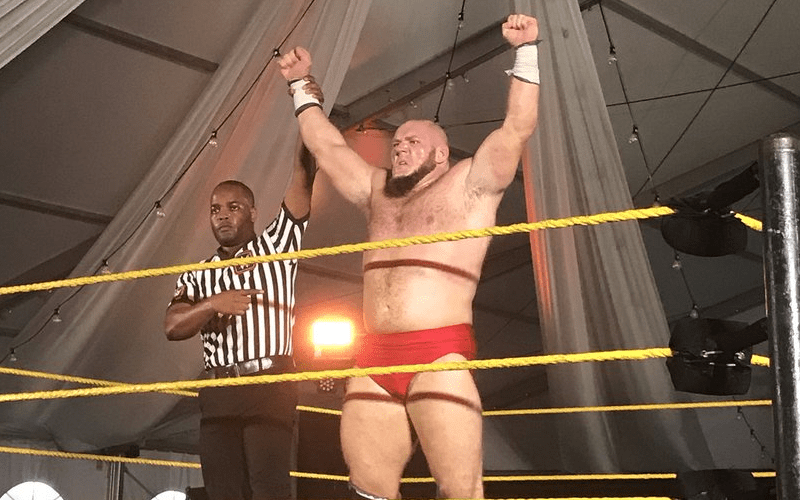 Lars Sullivan returned to action at the NXT live event in Ocala, Florida after suffering his “broken jaw” in a match against NXT Champion Aleister Black at NXT TakeOver: Chicago II back on June 16th.

Sullivan defeated Dan Matha at the event after he connected with the Freak Accident. Below are photos and footage from the event.