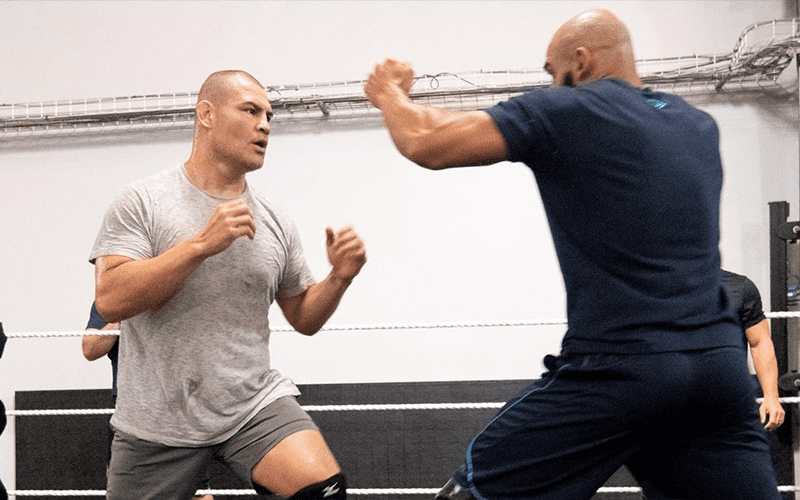 It was reported earlier this week that former UFC Fighter Cain Velasquez was training at the WWE Performance Center.

ESPN’s Ariel Helwani mentioned that Velasquez enjoyed the time he spent with WWE and is apparently open to “options.” Helwani also noted that Velasquez, who has dealt with a string of injuries that have kept him out of action regularly, is healthier than he has been in a while.

Velasquez enjoyed his time there, I’m told, and is open to “options.” He is healthier than he’s been in a while. His team wouldn’t comment on his contract status though. https://t.co/FHLDUrtAlY

Would you like to see Cain transition to a career in WWE? Sound off in the comment section below…