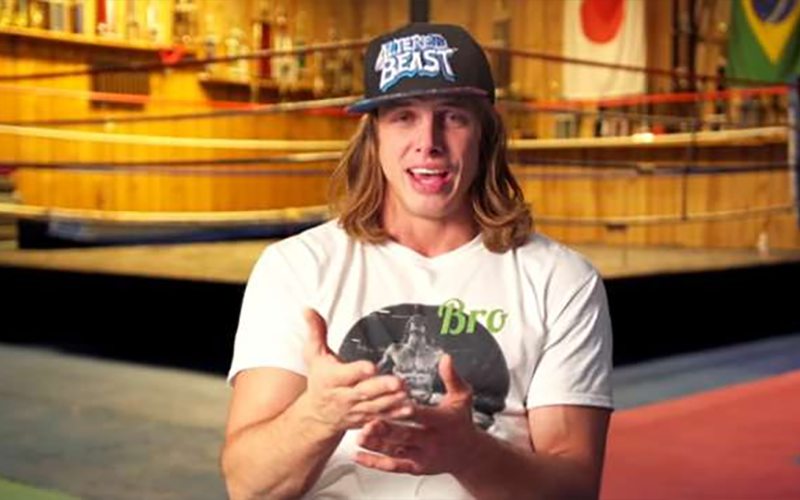 Originally a fighter, Matt Riddle has become a premier name in independent wrestling. The star has captured Championships in notable promotions such as Evolve, Progress, Pro Wrestling Guerrilla, Westside Xtreme Wrestling and WWNLive.

In the past, there has been talk that Riddle would never sign with WWE as he is an avid advocate and user of marijuana. WWE obviously has a policy preventing talent from using any form of drug.

In the Wrestling Observer Newsletter, Dave Meltzer explained that Riddle himself pulled out of dates for Over The Top Wrestling in Ireland. While he will be replaced by Juice Robinson on the 8/18 and 8/19 dates, Meltzer speculates there is a bigger picture at play.

The real reason Riddle is believed to have pulled out of the events is due to double-booking himself for both Over The Top Wrestling and Joey Janela’s show. The two events both take place at the same time in different countries. As such, he will not be able to make both.

With that said, Meltzer is of the belief that WWE has reconsidered their positioning around signing Riddle. If the company do indeed intend to sign the rising star, it will set a new precedent for who can be signed to the company and create a new dynamic to the drug policy that they have.

WWE will be holding SummerSlam at the same time and state as Joey Janela’s show that Riddle will be working. Meltzer believes this could ultimately result in Riddle having discussions and subsequently signing with WWE.

This is backed up by the fact that Riddle’s contract with WWN is nearly up- and WWE themselves have a working relationship with a number of the companies Riddle has become prominently featured in.

A side effect to this is it would likely open the door for Superstars such as Rob Van Dam to return to WWE in some capacity.

Would you like to see Riddle in WWE? Have you seen him perform? Sound off in the comments below.