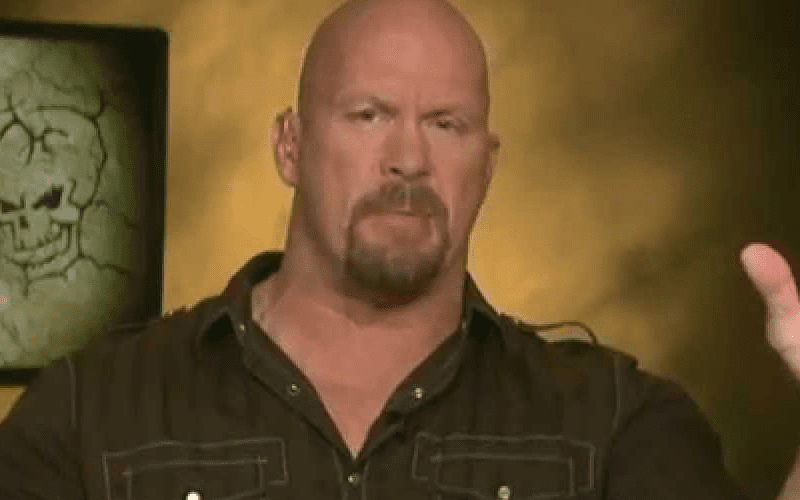 The Rattlesnake’s recent edition of the The Steve Austin show saw him interview the likes of indy wrestler ‘Jumpin” Joey Janela. As they were shooting the breeze (as Austin is famous for doing) the former WWE Heavyweight champion starting discussing some of his favorite active wrestlers working in the business. The praise he gave to current Lucha Underground Chamion Pentagon Dark/Jr. seemed quite notable.

Pentagon, he’s one of my favorite wrestlers going right now. I got a chance to meet him and Fenix who I like as well over there in Orlando [Florida] WrestleMania 34, he was doing some signings. We were talking because Vampiro was on the podcast and Vampiro had said that Pentagon was chubby or heavyset. We were laughing about that. I really enjoyed that damn match that Pentagon and Vampiro had about a year-and-a-half ago on Lucha Underground.

Pentagon continues to work independently all over the globe for promotions like AAW (in Illinois), and PWG (in California). However, he started gaining much bigger notoriety on the El Rey Network when Lucha Underground premiered, and has recently joined the IMPACT roster where he had a brief run as their heavyweight champion.

He will be competing this Sunday at Slammiversary in a HAIR vs. MASK match against Sami Callihan.

What do you think of Austin’s choice RingSide? How do you feel about Cero Miedo?