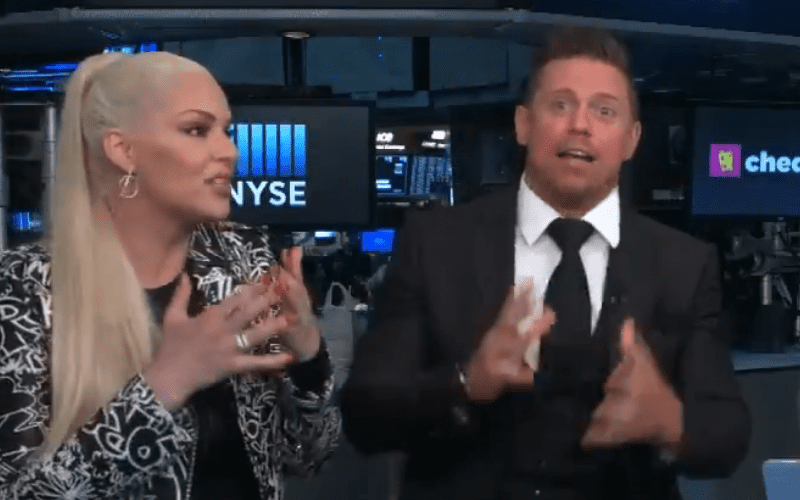 While appearing on Cheddar, The Miz mentioned that he wants to fight Amazon Founder Jeff Bezo because his wife orders so much stuff from the website and their recycling bin is out of the roof.

Obviously, The Miz wasn’t serious but you can check out his remarks below.

You heard it first on #CheddarLIVE: @WWE Superstar @mikethemiz wants to fight the world's richest man, @JeffBezos, and it's all his wife @MaryseMizanin's fault. pic.twitter.com/fUK5pfpEMq