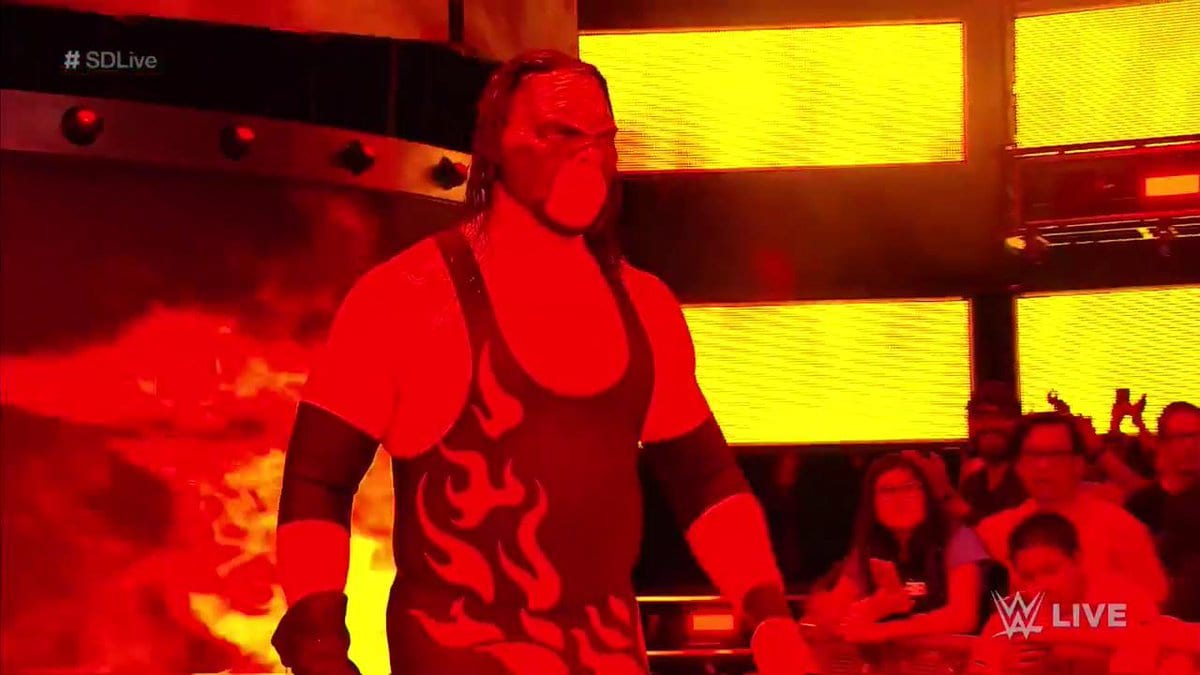 Kane’s match at Extreme Rules didn’t happen due to injury meaning a Team Hell No reunion was cut short. Judging by The Miz’s funeral for Team Hell No it might give us a good indication that his the case.

They booked a backstage attack angle during Extreme Rules to write Kane out of the show. This covered up for Kane’s injury and the news on it isn’t the best in the world.

PW Insider reports an update on Kane’s injury. Kane has suffered an Achille’s tendon tear. This took place last week on SmackDown Live as he was preparing to face The Bludgeon Brothers for the SmackDown Tag Team Titles.

Kane is not expected back on WWE television anytime soon. He has a campaign for Mayor of Knox County Tennessee to worry about in the meantime anymore. Now it looks like he’s going to be running a campaign on one foot.