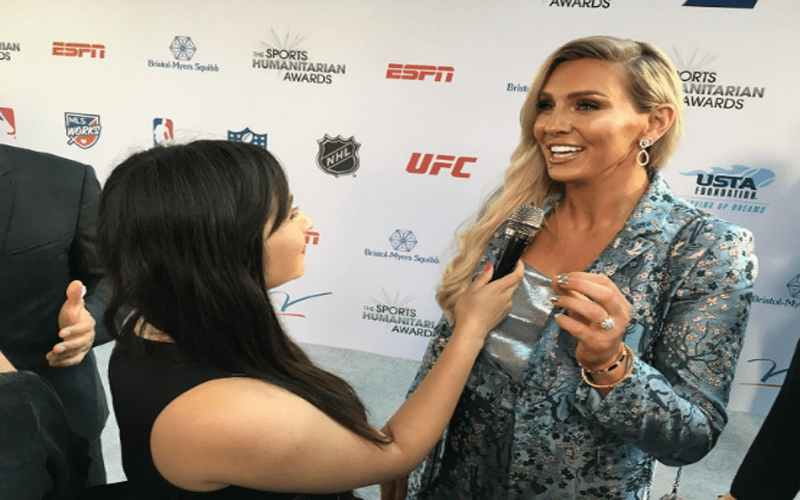 Charlotte Flair is one of the most beloved female wrestlers in the industry. Even while out on injury to heal her body, Flair continues to make headlines both on and off the screen.

ESPN held their fourth annual Sports Humanitarian Awards recently. Flair was one of many notable guests in attendance during the evening. As such, Flair had the opportunity to walk the red carpet, answering questions along the way.

Ultimately, the former SmackDown Women’s Champion was pulled over by Denise Salcedo of Instinct Culture to talk about a few interesting topics in regard to her injury, career and the now famous ESPN Body Issue feature.

Throughout the interview, Flair was asked about being naked in front of the cameras for the shoot. This prompted Flair to explain she had to do 45 naked Moonsaults for the cameras in order for them to get the perfect shot to use within their feature.

In addition, Flair explained that her body had became worn down over the years from not taking a break. This may have led to the various injuries she has suffered in the past few months. She hates taking breaks, but her body is thanking her for the time off.

You can hear more from Salcedo and Flair in the interview below:

Were you aware of how much work went into the ESPN Body Issue photo shoot and feature? Were you aware Flair was injured? Sound off in the comments below.