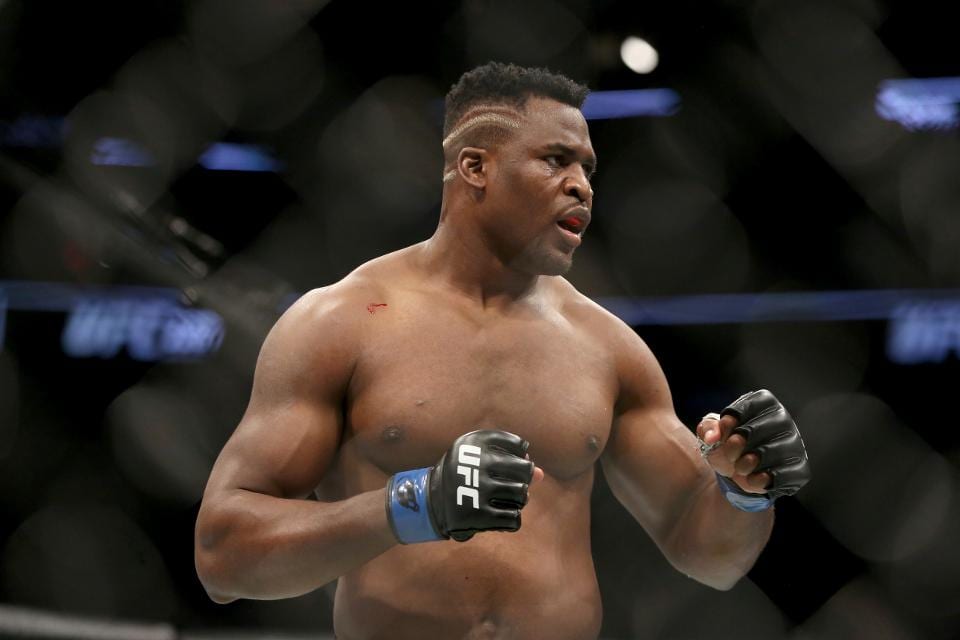 UFC Heavyweight contender Francis Ngannou was on Ariel Helwani’s MMA Show on ESPN this past Monday and opened up about being singled out for harsh criticism by UFC president Dana White following his disastrous fight with fellow knockout artist Derrick Lewis at UFC 226.

The fight was an extremely dull affair with both Ngannou and Lewis being gun-shy and refusing to engage for the most part and White, who is known for shooting from the hit, didn’t hold back with his assessment of the fight, saying that Ngannou’s performance was in part due to his ego getting the better of him in the lead up to his previous fight against then-UFC Heavyweight Champion Stipe Miocic.

Miocic won that fight by delivering a thorough, 5 round beating to Ngannou – something that the burly French- Cameroonian admitted was still playing on his mind when he stepped into the cage at UFC 226.

In the post fight presser following the event, Ngannou said that he had ‘carried the fears’ from his previous fight into his encounter with Derrick Lewis, and that it had played a part in his poor performance.

However, he expressed surprise that Dana White had gone in so hard at him when he spoke to Ariel Helwani on Monday and even admitted that he had been ‘hurt’ by the UFC supremo’s comments.

If someone has an issue with you and doesn’t tell you, how would you (react) – if you haven’t seen him or talked with (him)?

If you have an issue, tell me.

We are all human. I don’t necessarily agree I have an ego. I’m never one to stay down when I fell down. You have to have that ego when you’re a fighter. You have to stand there and believe you’re No. 1. That’s ego. But not the one to hurt the people around me.