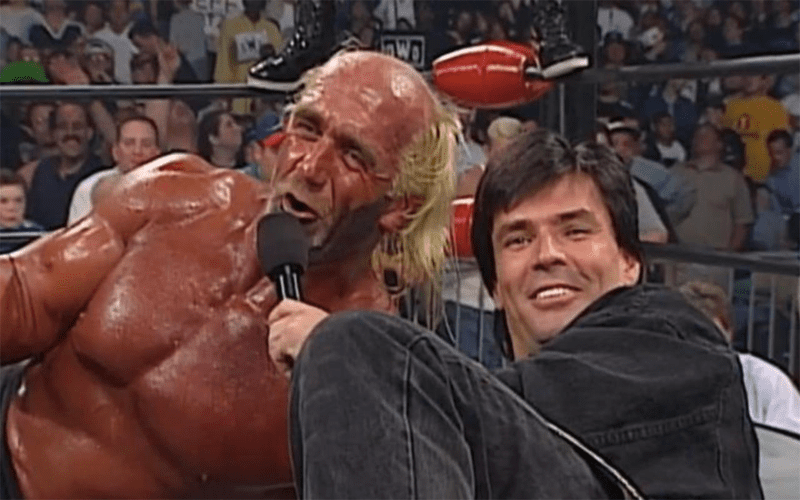 The WWE Universe and possibly the entire wrestling fandom were shocked to learn this week that Hulk Hogan would be returning to WWE and re-entering their Hall of Fame after three years excluded following racist remarks made by the former Champion.

The 2007 video which brought to the public showcasing the racist comments by Hogan was the focal point of what was a successful lawsuit against Gawker. Hogan sued for defamation, loss of privacy and emotional pain and emerged victorious with a $31 million dollar settlement.

Eric Bischoff is very familiar with Hogan. The two worked together when Bischoff was president of WCW and when he was part of TNA. The two also knew each other through their time in WWE, though obviously at different points.

Bischoff was asked by Sports Illustrated what he thinks about Hogan returning to the company that made him a household name.

“I was really happy when I got the news because I know how much it means to him. We’ve discussed the potential of this scenario for a long time.”

“You’re going to have haters no matter what you do. You could cure every disease known to man and, still, someone’s going to hate you. But I don’t think people value that kind of negative input as much as they used to because people recognize it for what it is, and that’s people who want to be noisy and get attention.”

“Professional wrestling, the WWE, and being in the Hall of Fame represent such a large part of Hulk’s life, as does his connection to the audience. For that to not be there for him, it hurt. So I think the news is great for Hulk as a person and for wrestling fans. To many generations of fans, Hulk Hogan really represents the beginning of what became this amazing industry that we have.”

There has been a mixed reaction for Hogan following his return. As expected, the locker room has reacted both positively and negatively to the idea that Hogan is back. Henry, for example, spoke to TMZ to clarify what the reaction has been for the former Champion. You can find more on that here.

To clear things up, Hogan is reportedly not signed to any WWE contract at this time. He has just been reinstated to the WWE Hall of Fame. Only time will tell if WWE offers him a contract.

What are your personal thoughts on Hogan returning? Do you think he should be in the Hall of Fame but without a contract? Sound off in the comments below.