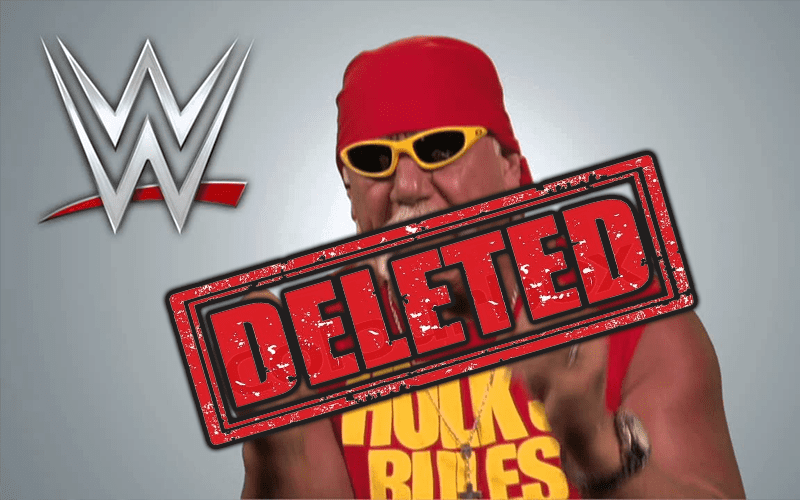 WWE fans can be pretty outspoken when they need to be. Often times they can say a little too much. Plenty of fans commented on the social media update saying Hulk Hogan was now back in WWE’s Hall Of Fame calling the company out from a number of directions. Now it looks like they won’t have the chance to do it anymore on YouTube.

WWE has disabled comments on Hulk Hogan’s YouTube video hyping his return. This stops anyone from saying something the company doesn’t want to get out there as well which is a great thing in this situation.

Only time will tell when Hogan’s actual return will happen but it was noted on Wrestling Observer Radio that Hogan could be placed in a GM role, although that’s not likely because of all the travel it would require.

But it looks like if you have something to say about Hogan’s WWE return you’ll need to find a different place than Hogan’s recent YouTube video on WWE’s account. Feel free to use our comments section below to let out any opinions you might have about The Hulkster’s return.

Hogan will be a part of WWE’s Superstars For Hope campaign. Let’s see what his next step with the company might be after that.