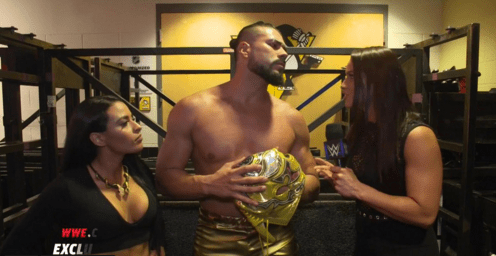 El Idolo may have been absent from our TV screens for a little over a month, but his recent return to action has shown the former NXT Champion’s incredible intensity and exceptional athleticism. Almas has yet to lose since his move up to the main roster, and now he has a PPV victory (albeit a preshow one) on his belt as well. With Sin Cara most likely out of the way, who will be next for the luchador?

Well…Almas has that same question, and he took to Twitter to call out some of WWE’ s top talent for future matches.

Zelina Vega continues to promise big things for El Idolo’s future. Could a potential showdown for the WWE Championship be one of them? Who do you want to see Almas face next RingSide?