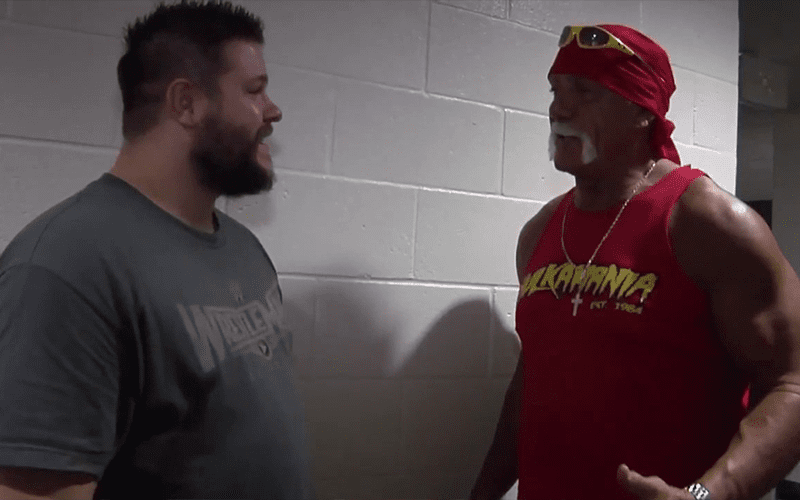 Hulk Hogan is a WWE Hall Of Famer once again and it looks like he’s going to be even closer to the action than we thought. He’s in the building for Extreme Rules and is meeting with WWE Superstars.

PW Insider reports The Hulkster is backstage with WWE Superstars. He spent a lot of time apologizing for what he did and embarrassing the company for the statements he made that led to his 2015 firing.

He took time to remind everyone to remember to think about what they say before it’s said as well. It was reported that a number of people were shaking Hogan’s hand and hugging him and the end of the meeting and people got emotional.

Hogan may be at this week’s TV tapings, but that’s not 100% confirmed just yet.

Just met with the @WWE Superstars and on all levels the volume of love and support was overwhelming. I’ve been praying for this day and I finally feel like I made it back home. Only Love 4 the #WWEUNIVERSE brother HH