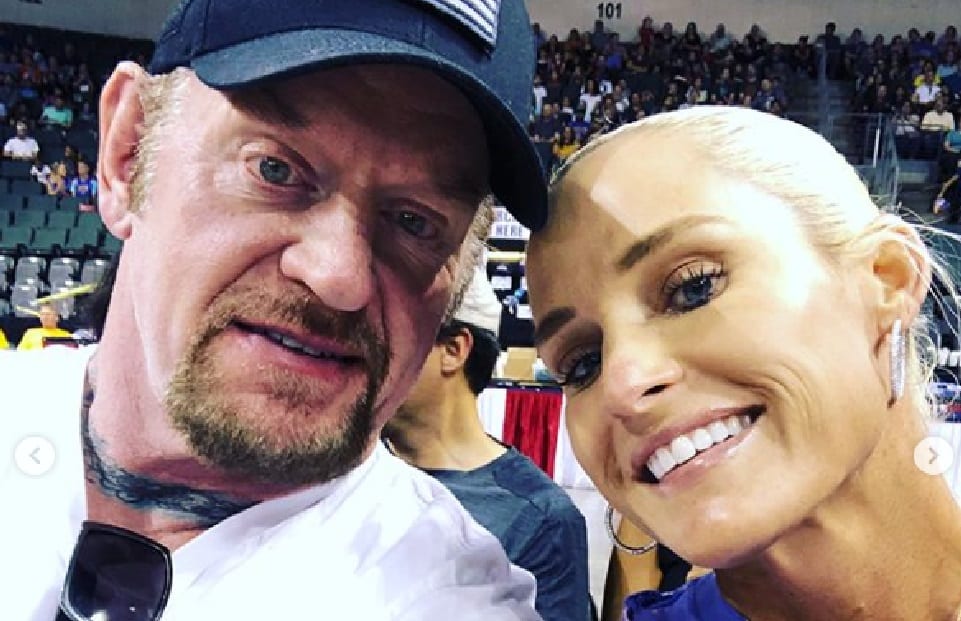 The Undertaker is spending his time off in between WWE matches wisely. He’s having fun and enjoying every moment he can with his family.

If this means The Undertaker gets to stop in at a concert and chokeslam Post Malone when that’s a huge perk. You never know where Undertaker will show up next.

Taker was at a Harlem Globetrotters game and he helped them out with one of their famous dunks. Ask you can see, it helped that Undertaker is so tall he can hold the ball up really high.

It’s a pretty great little clip thanks to Taker’s wife Michelle McCool. It looks like Taker and his family had a great time at the Harlem Globetrotters game.