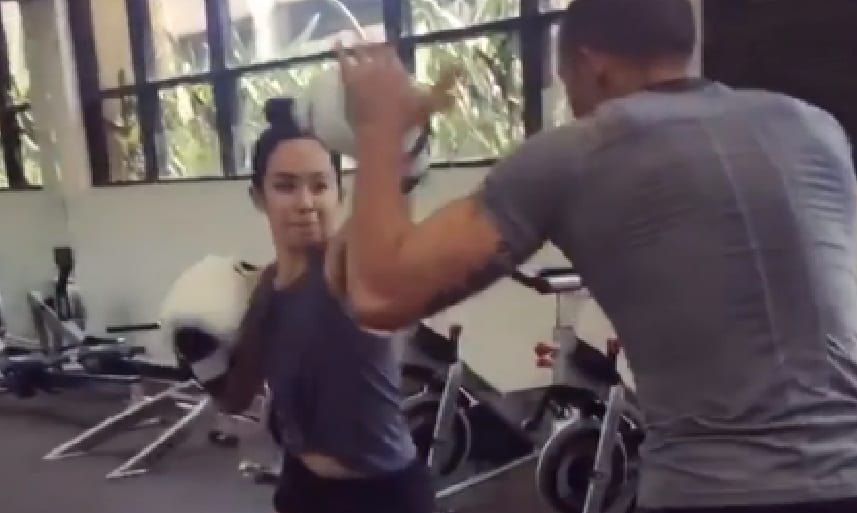 AJ Lee isn’t someone you want to mess with. Not only is CM Punk her husband, but she is also a former WWE Divas Champion so she knows how to defend herself.

It’s been a long time since she left WWE and hasn’t wrestled a match since. But just because she’s not wrestling doesn’t mean she’s taking it easy.

She’s an author and an activist. She’s also pretty handy with her fists. Mrs Punk has been keeping in shape with boxing classes and she recently uploaded a video to show her progress. She’s looking pretty good.

It’s doubtful this will ever go any further than just a boxing class because she has shown no interest about a WWE return. But it’s still nice to know she’s still able to do something if she ever changes her mind.