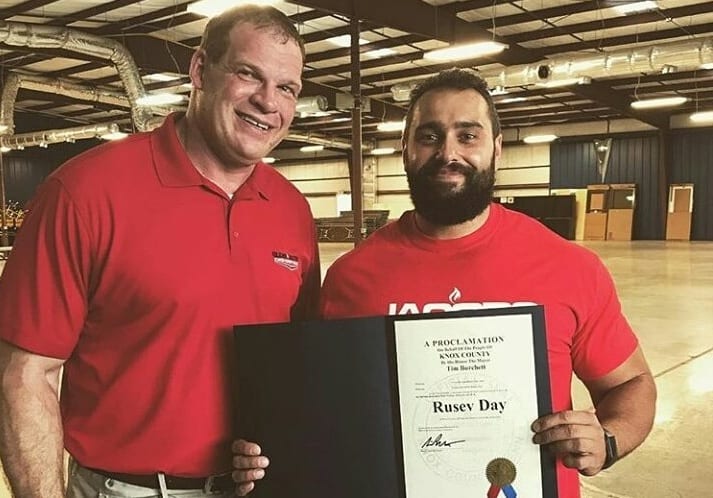 Kane has a lot of pull in Knoxville. He might be looking to capture the SmackDown Tag Team Titles at Extreme Rules but he really wants to win the mayoral election later on.

Rusev has sold calendars that say Rusev Day on every day. But this makes it official. Sitting mayor of Knoxville Tim Burchett honored The Lion Of Bulgaria by making it officially Rusev Day.

Knoxville, TN was happy to celebrate Rusev Day and it was a pretty great honor. This took place on the same week before Rusev is set for his own championship match when he takes on AJ Styles for the WWE Championship.

Great time tonight at @PowellAuction! Thanks to everyone who attended and helped out! And thanks to @timburchett for declaring it #RusevDay in Knox County! pic.twitter.com/rfgH9QpZp4