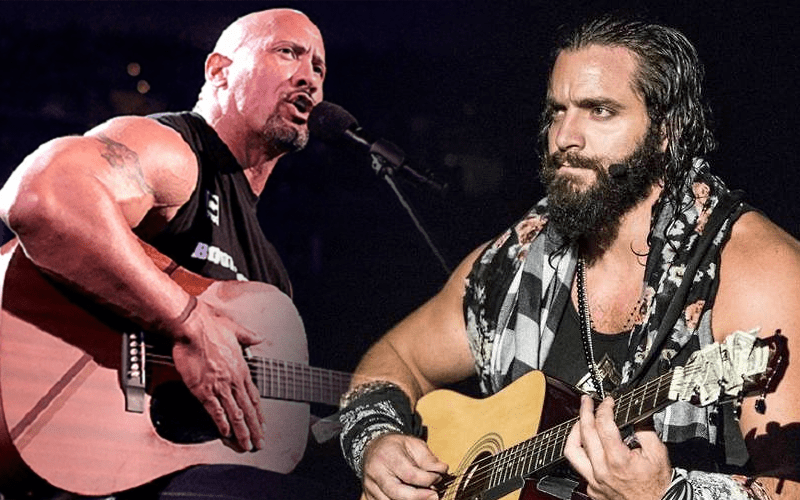 While appearing on Busted Open Radio this past Thursday, Elias discussed being compared to The Rock and his live performances, before calling out The Great One to come back so he can show him how it’s really done.

“I am well aware of all the things The Rock has done in the wrestling business and just in life man. The guy is just a next level human being. You know but I always get these comparisons because he played guitar a few times on television or whatever. I just want to throw this out there – he’s done that five times, maybe six times or something like that on WWE television on Monday Night RAW, but Rock if you’re out there listening, I’m doing it every single week. I’m doing it in front of millions of people around the world every single week. I’m doing in front of tens of thousands in person live at every show I go to. So why don’t you come, walk with Elias and I can show you how it’s really done.”

"Why don't you come and Walk With Elias and I can show you how it's really done."@TheRock said he "Can't wait to get back in a #WWE ring," and @IAmEliasWWE told @davidlagreca1 & @TheMarkHenry he'll show him who the true axeman of #RAW is if he decides to return. pic.twitter.com/HqfyhCveKE

As previously reported, The Rock mentioned during a recent interview that he can’t wait to get back into the ring. Maybe Elias can be a possible opponent for The Rock when he comes back?