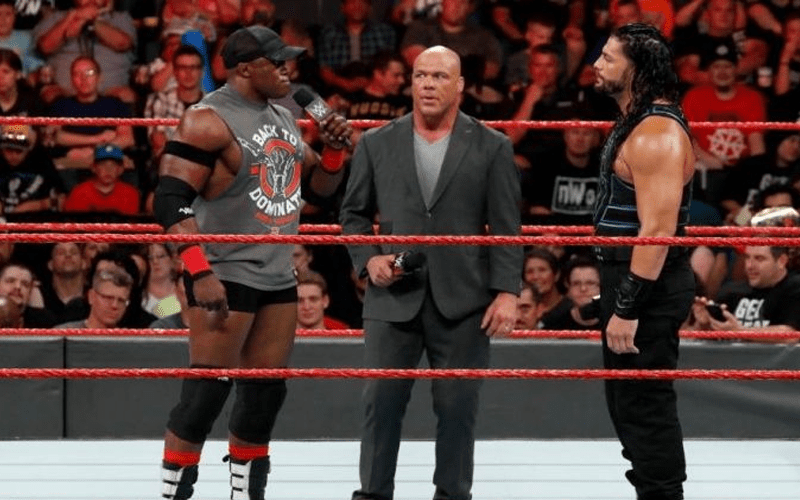 Bobby Lashley’s return to the WWE is finally paying off. For a few months his talents were being wasted on silly storylines that did no favors to the reputation he worked so hard to build in his time at IMPACT. Now, he’s featured in a feud with arguably the WWE’s greatest pet project/superstar, Roman Reigns. How important is this matchup to Lashley? He spoke with Boston’s 98.5 The Sports Hub to discuss in detail how ready he is for the spotlight.

This is like everything to me right now. To have an opportunity to go against [Roman Reigns] and he is kinda the face of the company and he has been for some time. So the fact I get to wrestle him so soon I mean the preparation is like preparing for a fight.

Bobby is also thinking long-term, and hopes that a battle with the Big Dog will be the catalyst for his rivalry with a much bigger opponent.

A Lashley and Lesnar feud has been talked about for quite some time. Perhaps this is the path that takes us to that showdown.

(H/T to WrestlingInc for the above transcript)