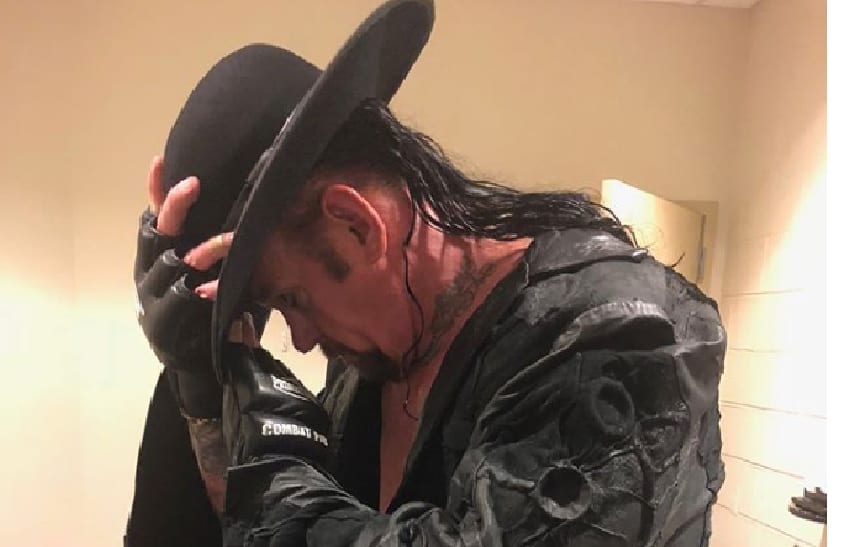 The Undertaker doesn’t make towns very often anymore being a part-timer and he deserves the space in between his matches. But Taker recently made MSG and competed in a 6-man tag match in the famous building.

Taker now has Instagram and he recently posted a picture of his ring gear before the big show. You can see his gloves and robe in detail in this shot and it’s pretty interesting to get a closer look at what he wears to the ring.

We don’t know when Taker’s next match will be but he’s booked for the big Austrailian Super Show-Down in October. He will face Triple H “for the last time.”