Edge opens today’s show by speaking about The Revival. He points out that in the past few weeks they’ve been put in a position to show what they can do on Monday Night RAW. He knows that those two guys are chomping at the bit to prove their worth, and he thinks they’ll take full advantage of this situation.

Edge points out that he’s a big fan of what The War Raiders are doing in NXT. He’s also really looking forward to the upcoming match between Aleister Black and Tomasso Ciampa. Christian agrees, noting that both Black and Ciampa are great workers and terrific storytellers. He thinks they’ll have great chemistry together and he’s looking forward to watching the match. 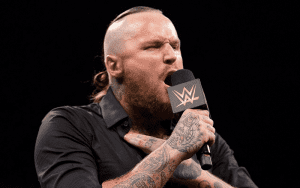 Guerrero notes that he’s been in the wrestling business as long as he can remember. He can recall actually learning to walk in his family’s wrestling ring, and he’s been earning a living from the business at the highest level for over 23 years now. He notes that he’s been banged up over the years, but professional wrestlers learn how to work around their injuries because if you don’t wrestle, you don’t get paid.