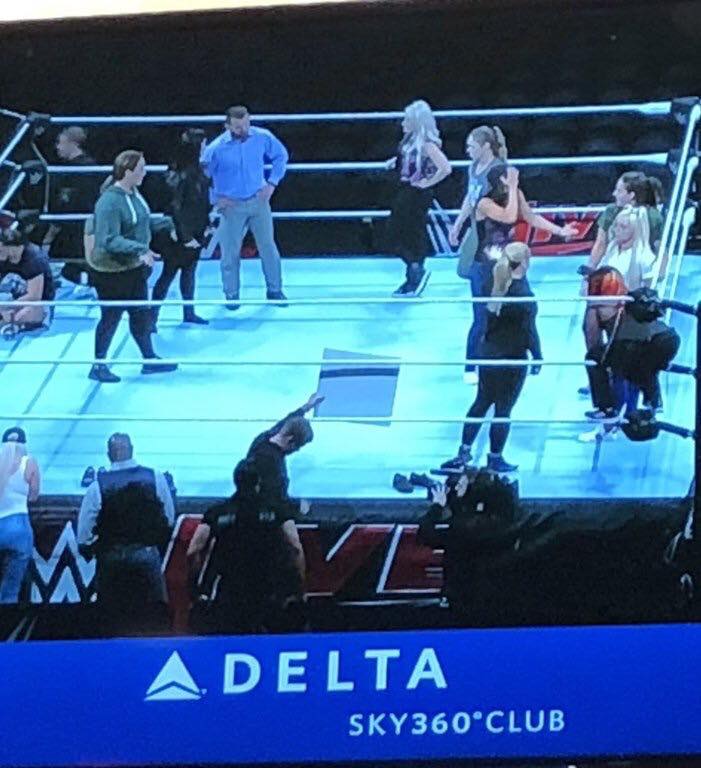 In case you’re wondering if WWE is more like a play than anything else, this should prove it to you. Most of the Superstars make their way to the ring before a show and work out their match. This rehearsal can take a while depending on what they need to work on. But it’s part of the show’s preparation at this point.

Superstars will hang around the ring in their casual street clothes before they put their ring attire on. It’s a moment where kayfabe really is dead and those rehearsals are tightly guarded.

The only issue WWE wasn’t considering was the fact that there is apparently a camera on the ring at all times with a closed circuit television channel showing what’s going on.

One person snapped a picture of the ring while several Superstars were around the ring working on a match that night. Ronda Rousey took on Nia Jax with Alexa Bliss and Mickie James as the special guest referees. As you can see, this was the match they captured in this shot.