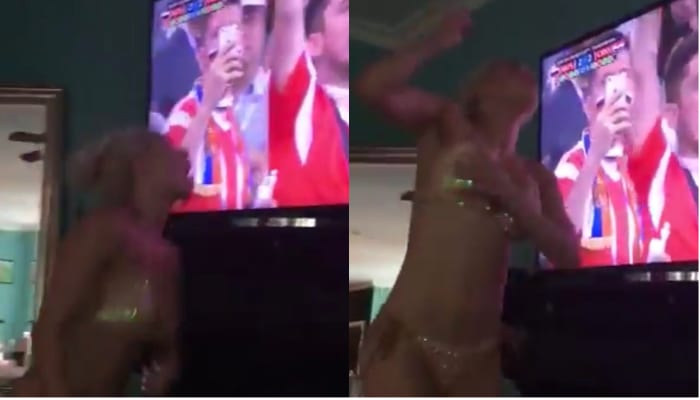 Lana is the Ravishing Russain no matter if she’s dropped her accent on television or not. She is watching the World Cup like millions of other people and was thrilled to cheer Russia on.

Russia scored a goal and Lana was so happy about it she jumped for joy. The only issue for her was that she was wearing a very skimpy bikini top and almost fell right out of it.

She’s already had a wardrobe malfunction in the past when a bit too much of her slipped out while she was bent over watching Rusev milk a cow. It hit social media soon after causing quite a stir.

Thankfully, she was able to stuff herself back in her top before something accidentally slipped out. But that didn’t change how happy Lana was to cheer on Russia.