Moore asks Lawler who he travelled with in WWE. Lawler mentions that he had several travelling partners over the years but he spent a lot of time driving with his commentary partner, Jim Ross. He notes that Ross used to be a chainsmoker and they’d have to stop quite frequently for him to smoke, and that was the only thing he didn’t like about travelling with Ross.

Next, Moore asks Lawler if he considers any specific performers overrated. Lawler says he doesn’t really consider any performer he’s worked with overrated. Some people say that certain performers aren’t the greatest in-ring technicians, but in his opinion the ability to talk is even more important than the ability to work in the ring. He thinks a great talker with average in-ring skills will have more opportunities to be a star than an average talker with great in-ring skills. 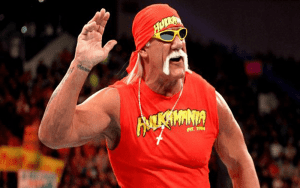 He points out that guys like Hulk Hogan, The Rock and Steve Austin were all fantastic talkers, and the ability to entertain played more of a role in their stardom than their in-ring abilities. He considers himself to be in that category as well.