Ryback opens today’s show by talking about the passing of Matt Cappotelli. Ryback says this is a truly unfortunate situation. He didn’t know Cappotelli very well, but it’s evident from the outpouring of love and support that he was well liked by everyone he came into contact with. Ryback sends his condolences and prayers to all of Cappotelli’s family and friends. 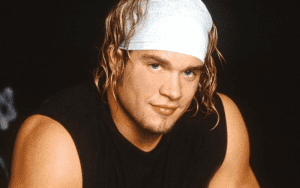 Ryback notes that it’s even more unfortunate that Cappotelli had to deal with those health issues twice. He had tremendous upside as a professional wrestling talent before his first battle with cancer, and it’s very sad that he was never able to live his dream as a wrestler. Ryback adds that Cappotelli was initially supposed to be called up to the main roster with The Miz many years ago, but his health troubles prevented that.

Ryback says he’s excited to watch the new Hardy Boyz documentary that recently aired on the WWE Network. He notes that he’s met them both before and he actually wrestled Matt on one occasion which was a really cool experience. He thinks they’re both great guys and he points out that although they’ve had long careers they’re still at the top of their game.