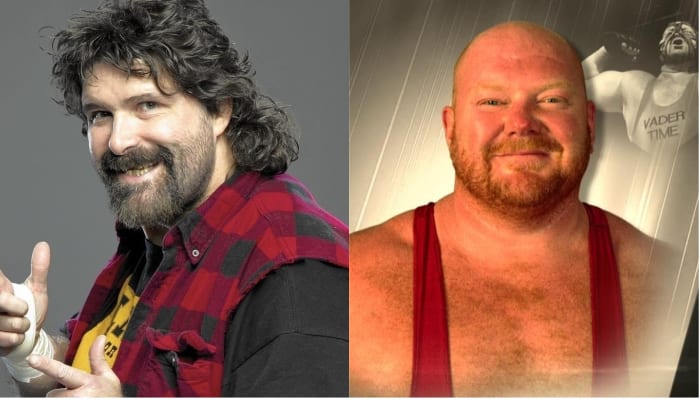 Vader’s passing was a very sad one especially because he wanted to be in the WWE Hall Of Fame so badly.

In all reality, the WWE HOF doesn’t mean anything but a publicity tool but it meant something to Vader and it never happened for him before he passed away.

Mick Foley performed at Laugh In Comedy Cafe in Fort Myers Florida on Sunday night where he was asked about Vader’s passing. We were on hand to document his statements and they were pretty compelling as Foley said Vader couldn’t understand why he wasn’t in the WWE Hall of Fame before his passing.

“His absence from the Hall Of Fame is an error and needs to be corrected,” Foley said, We couldn’t agree with that more and it’s still a shame WWE didn’t induct Vader when they had a chance and knew he didn’t have much time left.