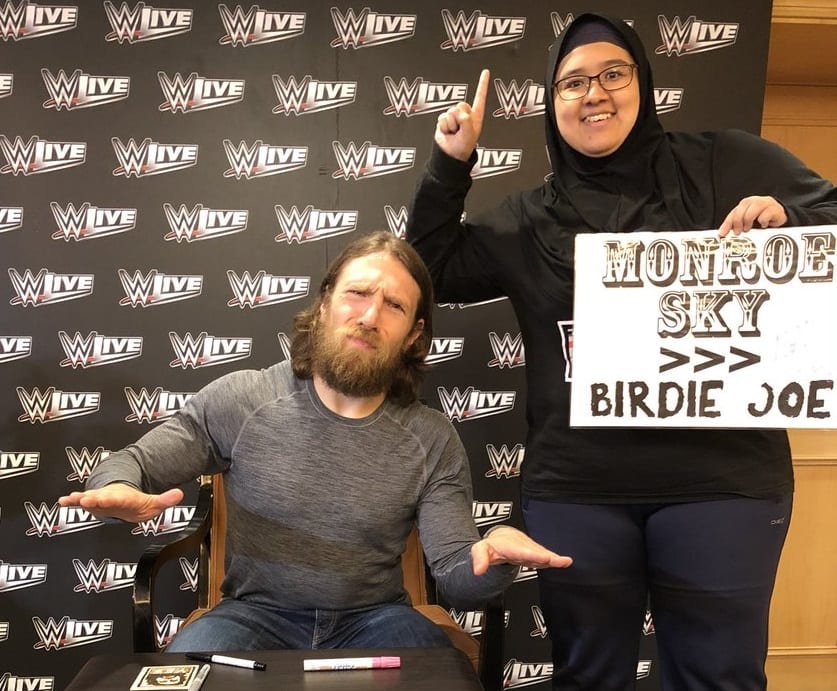 When Daniel Byran agreed to do a meet and greet today he never thought that he would have a fan ask him to autograph a sign that said The Miz’s daughter is better than Birdie Joe. But that’s exactly what happened.

Daniel Bryan was understandably confused, but he was still super cool about it. He’s one of the nicest guys all around anyway so I’m sure he was at least amused at the guts it took to show him this sign.

This kind of this was going to happen eventually. After all, The Miz and D-Bry have been at each other’s throats for a very long time so it might make sense that Monroe Sky and Birdie Joe might have problems down the line.

Bryan autographed the sign and wrote, “No!!!” on the sign as well to show how he didn’t agree with this sentiment. Only time will tell if this awesome fan can track down The Miz and get his autograph on the sign too.