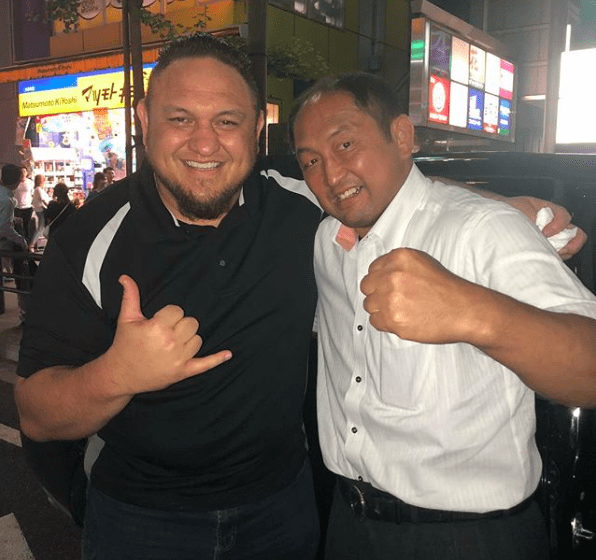 The Destroyer has a reputation for being a “stone-cold” killer, and his incredible facial expressions usually convey that with a smolder or a monstrous vein inducing rage assertion. However, even Samoa Joe can turn into a fanboy if he happens to run into the right wrestling legend.

That’s Samoa Joe with Japanese wrestling legend Shinjiro Otani, who was the first ever WCW World Cruiserweight champion, and a former IWGP Junior Heavyweight Tag Champion for New Japan. He continues to compete with Pro-Wrestling Zero-One (also in Japan) to this day, where he and Joe first met.

LOOK HOW HAPPY THE SUBMISSION MACHINE LOOKS THOUGH.