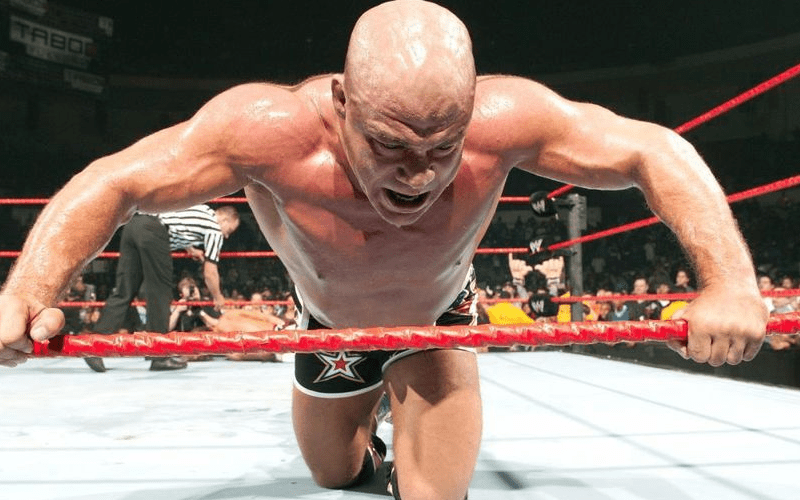 Mike Johnson discussed Kurt Angle’s status on the recent installment of PWInsider Elite Audio. According to Johnson the belief is WWE will never have Kurt wrestle on a full-time basis ever again because his body is breaking down.

Johnson discussed Angle’s poor performance on the indie scene before coming to WWE and how he only did 5 spots in a majority of those matches.

“Remember the last six months of Impact and then the couple of indie shows he was doing? It was the same five spots the entire match. He can’t be that Kurt Angle anymore. It’s like Shawn Michaels saying “I could come back but people need to understand it’s not going to be HBK.” It’s not fair to expect the Kurt Angle of 1999 to be wrestling.”

(Please H/T Ringside News when using the above news. That goes for SEscoops, Sportskeeda, WrestleZone and ProWrestling.com, who all stole our last couple of stories and didn’t credit)