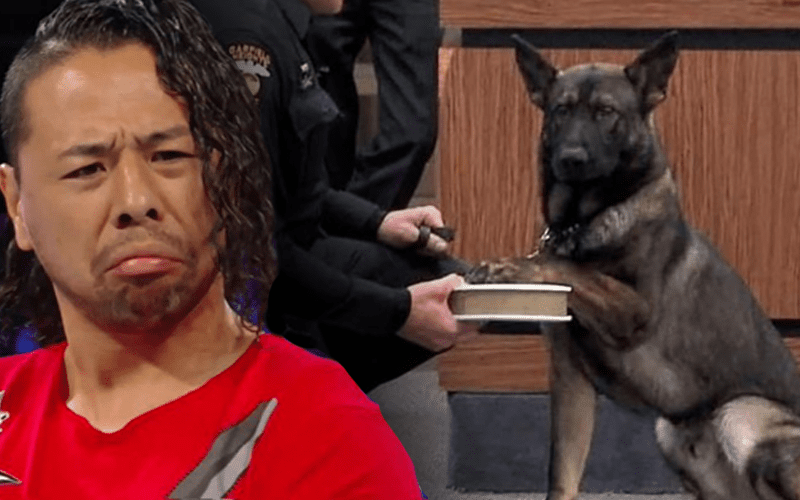 Police don’t like it when their own does something they shouldn’t especially when it’s one of their own police dogs. Shinsuke Nakamura was working out before a house show on Monday and for some reason the bomb squad thought it was a good idea to pick that time to enter the gym. Nakamura was bitten on the leg by a police dog and he was taken to the hospital.

“I think that’s very possible, yeah,” Dave Meltzer commented after Bryan Alvarez asked him if there could be a lawsuit over Shinsuke Nakamura getting bitten by a police dog.

Now Shinsuke Nakamura might have to miss a highly promoted WWE house show in Japan where he was not only heavily advertised to be there but he was also in line for a WWE Championship shot against AJ Styles.

Therefore this police dog bite apparently cost Nakamura 2 different title shots in a week’s time. To say this is an awful situation is probably putting it mildly. The point is that someone might need to pay for this, whether the dog in question gets more training or he is removed from the force entirely or one of the officers is to blame, this is someone’s fault and it’s not Nakamura’s because all he was doing was working out in the gym minding his own business.