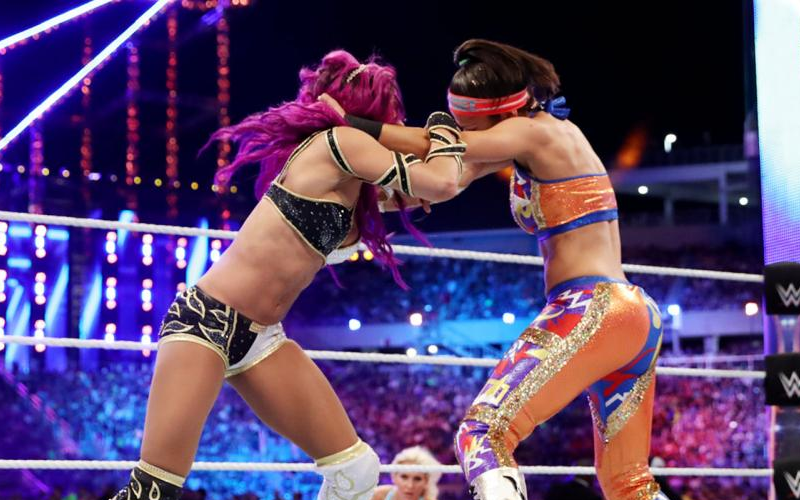 RAW Superstars Sasha Banks and Bayley have been going at it for some time now. This rivalry seemingly reached its boiling point this past week on Kurt Angle’s show during a 6-woman tag team match.

After Banks took the pin, Bayley rushed to the ring to start beating into her former friend. Angle has now sent both Banks and Bayley off to counseling, claiming both women will lose their jobs if they don’t solve their differences.

Regardless of which side of the fence you are on about who is in the right within the confines of the story itself, both women are furious at one another. They each believe the other to be at fault. For Banks, it is Bayley’s fault. For Bayley, Banks is to blame.

After everything that transpired at RAW earlier this week, Banks decided to take to social media to vent her frustrations with everything. Considering her whole job is on the line (in storyline), Banks is furious Bayley has caused this after she had done nothing wrong.

On her Instagram account, Banks shared a small video of her with her arms crossed. Attached is a message that says a lot about where the direction of her character is going. We’ve provided the post below. Take note of the capitalization, insinuating how furious she is.

Sasha brought Bayley to RAW, she helped her to win and then to retain a championship. She saved her many times and almost fought Steph because of her. Bayley is ungrateful 😏 @SashaBanksWWE pic.twitter.com/AaucogoySv

Banks and Bayley are both scheduled to go to counseling next week on RAW. Based on the direction of the story, it appears the two are on a collision course for Extreme Rules.

What type of match would be suitable for the two RAW Superstars? Whose side are you on? Sound off in the comments below.