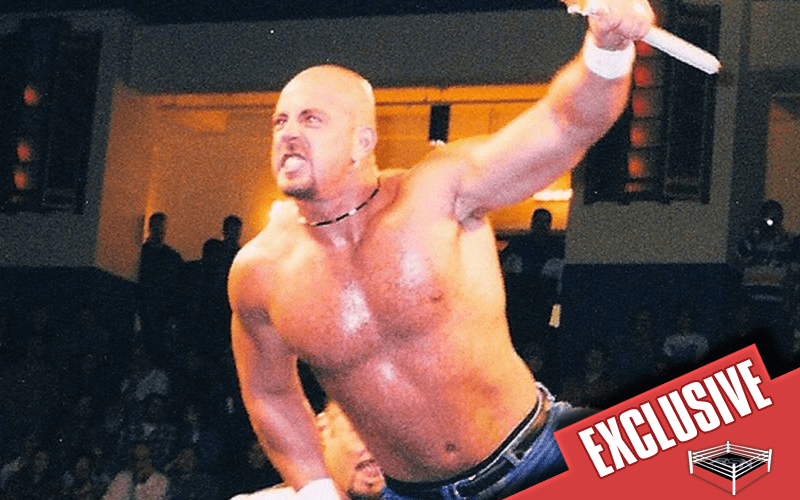 I got the chance to speak exclusively to former WWE Superstar Justin Credible for Ringside News while at an autograph singing at the Heroes Hideout event. We discussed a variety of topics from working with Aldo Montoya, working with Sabu and more. Below are some highlights:

Credible on Aldo Montoya gimmick and pinning (at the time) Intercontinental Champion Jeff Jarrett within his first six months of being in WWE:

” WWE creative came up with the Aldo Montoya gimmick. It was cool, it was a whirlwind ride. A lot more was going on behind the scenes. I was learning so much. It was an awesome opportunity man. As much as people mocked me for the Aldo Montoya character, it really prepped me for becoming Justin Credible.”


In 1997, Credible asked for his release from at the time WWE. Rather than let him go or send him to a Developmental Territory, WWE sent him to ECW as WWE and ECW at the time had a working relationship with each other. Credible confirmed in the interview that it was in his contract that he could not leave WWE and jump ship to WCW.

Credible on beating The Great Sasuke:

“I didn’t know much about him. So to be honest it was no big deal then. Now I know more about him, and looking back I would have been nervous. Now it means a lot but back then it was just another night.”

“In matches, he’d punch me twice. They’d barely hit me but before throwing the third punch he’d apologize then he’d hit me hard. He was a super pro and one of the kindest and one of the best wrestlers I’ve had the pleasure to work with.”

The X-Factor Stable in WWE:

“I loved it, and X-Pac loved it too. The group itself didn’t last long due to X-Pac’s contract and the invasion angle. We thought we should have had a Tag Team Title run. We both feel that way, we both loved it. “

Credible on getting back in shape: