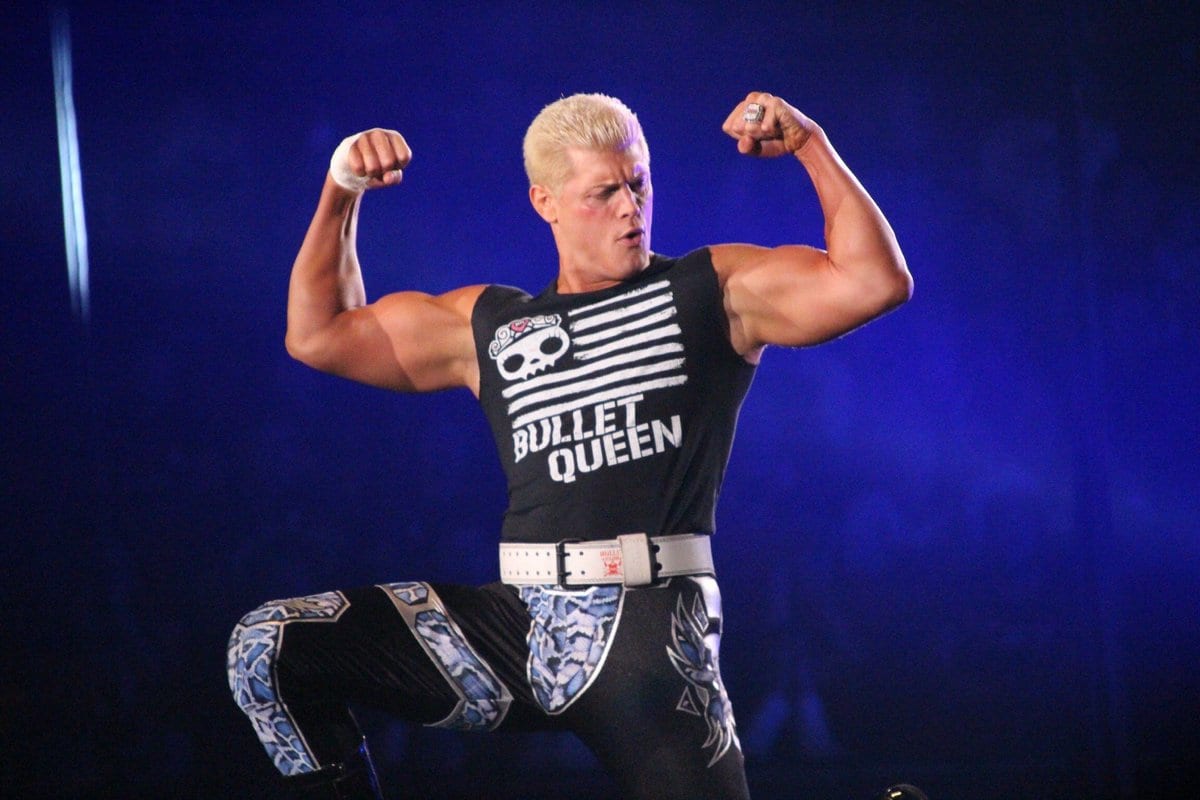 Cody [Rhodes] revealed on his Twitter account on May 21, 2016, that he requested for his WWE release. This was cited to be because WWE had a lack of storylines for his character and would not let him wrestle as himself as opposed to the Stardust character he fought as from 2014 onwards.

Following this, it was reported by Dave Meltzer on the Wrestling Observer Radio that Cody would be ineligible to use the “Rhodes” name on the independent circuit. While Cody’s father Dusty Rhodes owns the rights to the name, it was WWE who requested Cody use “Rhodes” in his name to play off the legacy of “The American Dream.” This meant WWE owns the name “Cody Rhodes” and this means Cody wouldn’t be able to use that name or live in fear of legal repercussions from his former employer.

“To me, it’s like, they may have the legal right. But it feels so unfair to me that he’s not going to be able to use the name Cody Rhodes on television because they own the name. And I just feel like, they did not create Dusty Rhodes.”

“Cody [Rhodes] never worked for anyone but WWE. So he had no prior usage. But it’s like, the frickin’ Rhodes name goes back 50 years in this business. And he’s a member of that family. And WWE did not create Dusty Rhodes. They did not come up with the name Dusty Rhodes. By the time he got there, Dusty Rhodes was one of the three biggest attractions in the country, before he got there in the first place.”

During an interview with Sports Illustrated back in April of last year, Cody touched on WWE not allowing him to use the “Rhodes” name, claiming he didn’t need it. This was his time to reinvent himself and he didn’t need to use family legacy to get him anywhere.

“I’ll tell you this, and I’ve not told anyone this, but I don’t mind that WWE took away my last name. Deep down, in my bones, I definitely want it back – and I have plans to get it back – but there is something to being Cody. The longer I don’t have a last name, the more I’m OK with it. That’s not to say WWE is holding it ransom. It’s literally an intellectual property law that easily can be remedied, but there is something about being Cody that I don’t mind.

“There is something to not always reminding people of a show they’ve already seen, but instead embracing the one right in front of him. I am Cody, and I can promise you that the future is going to be even better than the past.”

Can we take a moment to realize how much of a dick @VinceMcMahon is for not letting @CodyRhodes use the last name "Rhodes". Meanwhile @VelveteenWWE is refereed to as "DREAM" Nothing against Patrick Clark but come on…..

This led Cody to issue a response both in regards to his name and comments made about Velveteen Dream:

A) Nobody is keeping me from using my last name. There’s no evil plot.

B) he could call himself “blue eyed velveteen American dream soul jr” and I wouldn’t be offended. He’s very talented and not hurting anybody.

Besides, we Rhodes always make a comeback. We endure. https://t.co/9mkapKT7cG

This led to a few responses between the two, in which Cody would clarify “Rhodes” has been his last name since he was 15-years-old.

It is unknown at this point why Cody has said in the past that WWE did not let him use his name, though this could just be confusion on both ends. Regardless, Cody has an impressive summer lined up ahead of him with one match, in particular, deciding who is the be-all-end-all leader of The Bullet Club.

What are your thoughts after reading this? What do you think happened here? Sound off in the comments below.