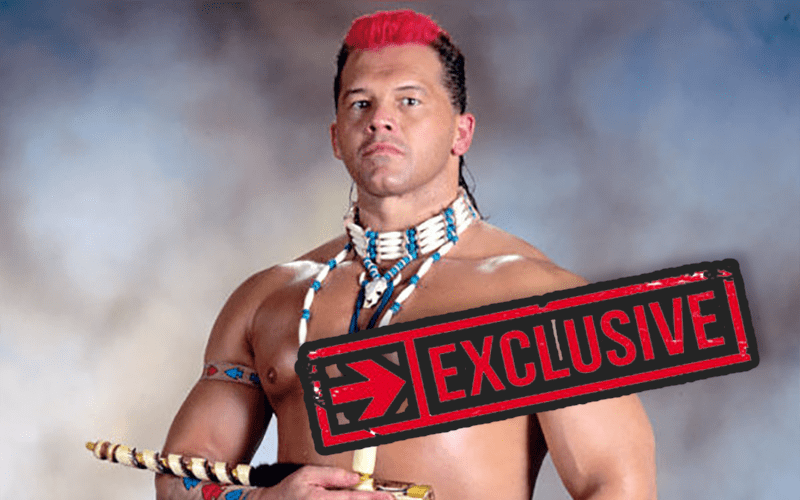 I got the chance to speak exclusively to WWE Legend Tatanka in a two-part series for Ringside News recently. Below are highlights from part two of the interview.

“You have two of the greatest Native American professional wrestlers and entertainers passing me the torch, that alone is tremendous. Also in the ring was Vince McMahon himself cutting the interview. Now I have the man himself (Vince McMahon), a Lumbee tribesman whom I connected to, and knowing where the headdress came from I can’t tell you how big of a moment that was in my career.”

Recent talks with Vince McMahon and his feud with I.R.S:

“Everything Vince did with me, and he talked with me recently about me about my work ability in the ring when I was there in 2008. He brought some things up to me that we had great successful storylines with me.”

“They were storylines that made sense like I.R.S saying that I have to pay a gift tax on my headdress. That’s what Irwin R Schyster was doing, “Hey you Native American, you have to pay tax on that.” Well no, I don’t. It was a sacred gift given from my tribe to me. Finally, I.R.S with the assistance of Kwang who blinded my eyes. Cheif Strongbow came to help me but I.R.S would get the better of him, and beat him up. I was tied up in the ropes, then they desecrated my headdress.”

“Absolutely! It was great to work with The Million Dollar Man Ted DiBiase. He was also one of the greatest managers in wrestling plus not every wrestler can say, “Welp, I did this side good.” Meaning thatI’ve done well as a babyface (fan favorite), and I’ve also been a bad guy (heel). This storyline worked so well because everyone knew it was going to be Lex. Everybody I’ve met has told me they were totally shocked, and guess what, it worked. We made everyone believe Lex was going to turn. The part of the storyline everyone missed was he called himself “The All American.” Well, you’re not “The All American,” I’m The Native American. I’m the first American. That was what the issue wa about, so I turned on Lex.”

“What a great response. It was hush for a second, then the fans were booing. At that time they were pushing Lex with The Lex Express and that angle pushed him right over the top. History wise, its listed as one of the best heel turns.”

Tatanka on leaving WWF and not signing with WCW:

“My Wife and I wanted to start a Family. I’m glad I did because now we have four kids. If I would have waited for my career to slow down, I wouldn’t have four kids. I’m on a Legends contract. So there was never a “perfect” time. I was smart, I put money away, invested so I didn’t have to worry about my paycheck the next week. So at that time, we decided to have our first child.”

“I enjoyed it because it’s always good to be on contract with WWE. It’s always good to be in front of the WWE Universe. I had the support of the fans. It was supposed to be just a one-time appearance on Monday Night Raw against Eugene. It was the Eugene Open Invitational. Kurt Angle got involved then Eugene and I double-teamed Kurt and cleaned house. Due to the crowd’s response, WWE said, “Hey look, we have to talk about a contract.”

Tatanka also talks about the difference between writing staff from his era to the era, his Legends contract, WWE Hall Of Fame, and much more. You can listen to part two of the interview below.