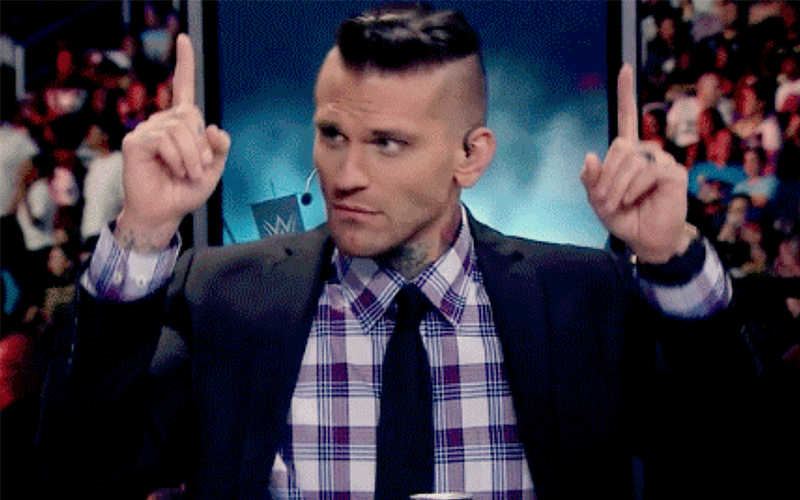 If you’re a fan of Corey Graves on commentary then you probably enjoy it when he insults his coworkers. He calls people dummy on a frequent basis and has his favorite targets on each show he’s on.

Jonathan Coachman is his usual target on Monday nights but on Tuesdays Byron Saxton usually takes fire from Graves. Corey hasn’t had a WWE t-shirt yet but he wouldn’t mind one and it sounds like he might have picked up on a catchphrase that could sell plenty of merch.

One fan tweeted to Graves asking, “how is there not a ‘Shut Up Saxton’ shirt on WWE Shop?” It didn’t take Corey Graves long to see this and wonder this question himself.

Graves’ reply might have been short, but tagging WWE’s official shop in the process could have put the wheels in motion for some new merch. Would you pick up a Corey Graves “Shut up Saxton” shirt?