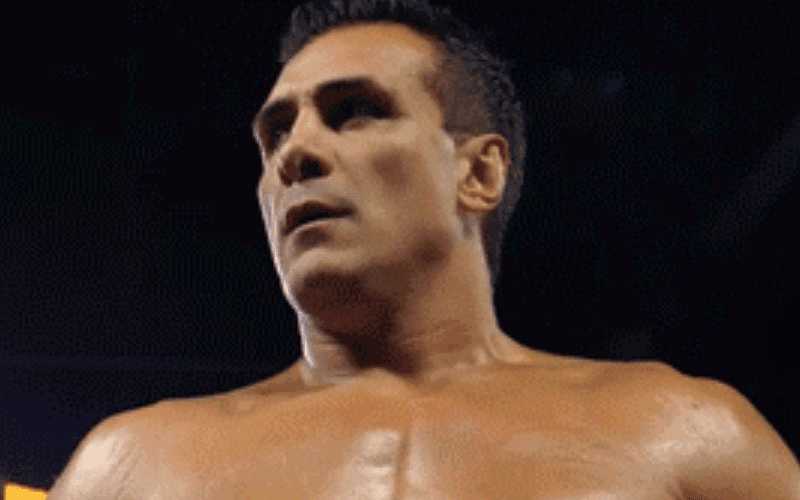 According to Ryan Satin over on Pro Wrestling Sheet, Alberto El Patron was sued earlier this year stemming from a reported brawl at a karaoke bar back in 2016. Patron and the man who filed the lawsuit have very different testimonies.

The incident between Patron and a man by the name of Alex Pardo reportedly took place in November 2016 inside a Texas bar. According to court documents, Pardo is claiming Patron instigated the incident by flashing his rear end towards other patrons at the bar. When an altercation broke out, Patron reportedly assaulted Pardo, which forced Pardo to be sent to the hospital.

“While returning to his table from the restroom, Plaintiff noticed the Defendant, JOSE ALBERTO RODRIGUEZ, flashing his rear end to the other patrons in the establishment. Upon returning to his seat, which was close in proximity to that of the Defendant’s, an altercation broke out and the Defendant and the individuals that were present with the Defendant began to assault the Plaintiff, ALEX PARDO. As a result, Plaintiff had to receive immediate medical attention and was transported to the hospital by means of EMS for further examination.”

Patron, however, has a much different story. According to Patron, a 19-year-old woman reportedly approached his female companion asking for a picture. Patron’s companion declined but offered to snap one on their way out of the bar.

This female companion is expected to have been Paige, whom Patron was in a relationship with at the time. It also explains why the woman reportedly asked for a photo.

Patron continued by claiming that more people approached his companion, who continued to claim the companion owed their friend a photograph. From here, things would escalate as Patron would have a glass reportedly shattered over his head which caused multiple lacerations.

At this time, Pardo’s lawyer has bailed on the case as Patron’s lawyer has filed a motion for default judgment in his favor. This is because the deadline for Pardo to file certain documents has now passed, according to Satin.

Patron is asking for $5,000 for his “pain and suffering,” with additional money to cover the legal fees.

What are your opinions and thoughts reading this? Have you heard of this incident? Sound off in the comments below.