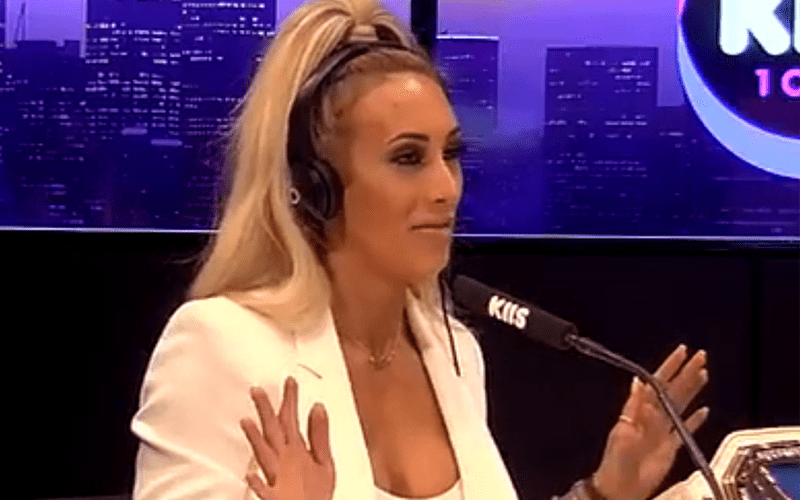 John Cena and Nikki Bella are in the middle of a huge will they/won’t they on Total Bellas and some people are calling BS on their entire breakup.

Some people think it was all a publicity stunt for the Total Bellas show and who knows? Carmella recently appeared on The Kyle and Jackie O Show in Sydney Australia where she was asked about Cena and Nikki’s break up and she claimed to have no idea.

She shut the conversation down quickly and got on to the next topic after deflecting the question with: “Oh sure, I honestly have no idea but if it’s on the internet it’s got to be true, right?”

Then she said, “You never know. Honestly, I have no idea,” and they moved on with the interview. This was an expert way to dodge a tough question.