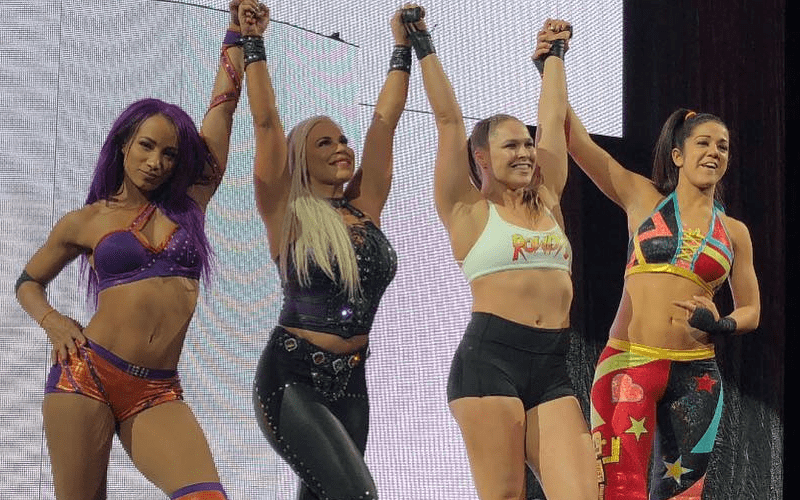 Despite being “suspended” in storylines, Ronda Rousey worked Sunday’s WWE Live Event at the Honda Center in Anaheim, California. This was Ronda’s first house show in the United States.

Rousey teamed up with Sasha Banks, Bayley and Dana Brooke to pick up a victory over Alexa Bliss and The Riott Squad. Below are videos & photos from the event.

ALEXA BLISS WALKS OUT ON HER TEAM AND LEAVES LIV MORGAN HELPLESS IN A RONDA ROUSEY ARM BAR #WWEAnaheim pic.twitter.com/DQvyu8Tr2n