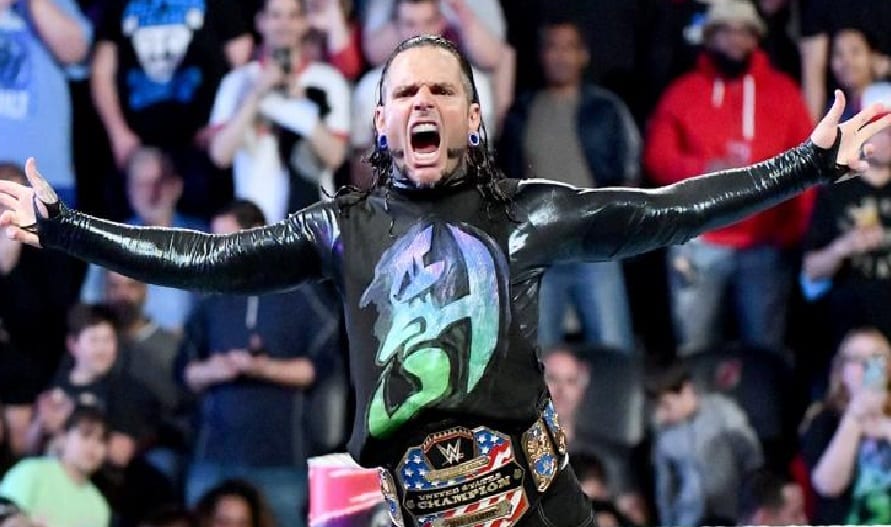 Jeff Hardy is the WWE United States Champion but only time will tell how long that will last. After all, he didn’t defend his title at Money In The Bank and has a pretty big match on Tuesday where he will put his title on the line against Shinsuke Nakamura.

When WWE invaded Fresno last night Jeff Hardy defeated Shinsuke Nakamura but he didn’t do it in his normal high spot style. Instead, he simply hit Nakamura with a splash and got the pinfall.

If Hardy isn’t doing the Swanton Bomb from the top rope because he’s injured this could be very interesting. After all, he has a US Title match set against Shinsuke Nakamura on Tuesday’s SmackDown Live and Dave Meltzer noted on Wrestling Observer Radio that he might lose his title eventually to Nakamura and probably should.

Only time will tell if Hardy takes some kind of hiatus soon. But there could be a good reason why he didn’t take the risk to do his usual finisher in Fresno.