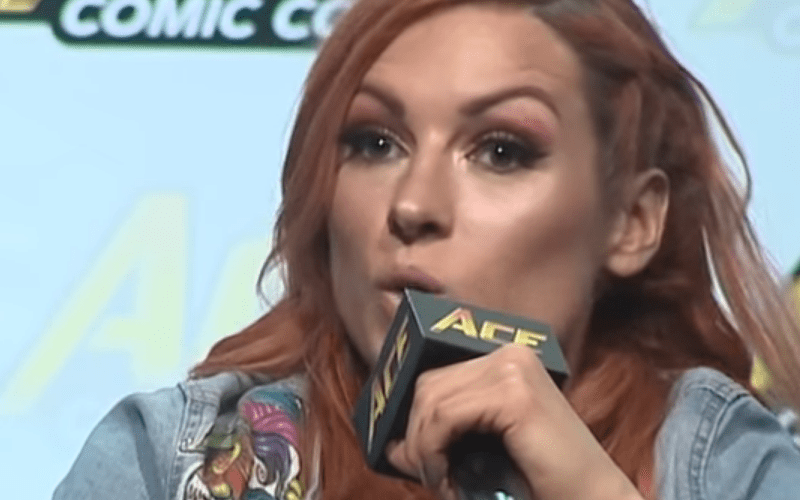 While participating in a Q&A at Friday’s Ace Comic Con event in Seattle, Becky Lynch revealed that she pitched the idea of Women’s Tag Team Championship titles to WWE officials.

“Been pitching it for a year — maybe two,” Becky said.

Becky explained how there probably isn’t enough women on each rosters, so the titles would travel between brands, including NXT.

“Right now I don’t think we have a enough women on each brand so what I think what would be pretty cool is if they were traveling. Not just between RAW and SmackDown but NXT too. Then you would have a huge range of women you could go against.”