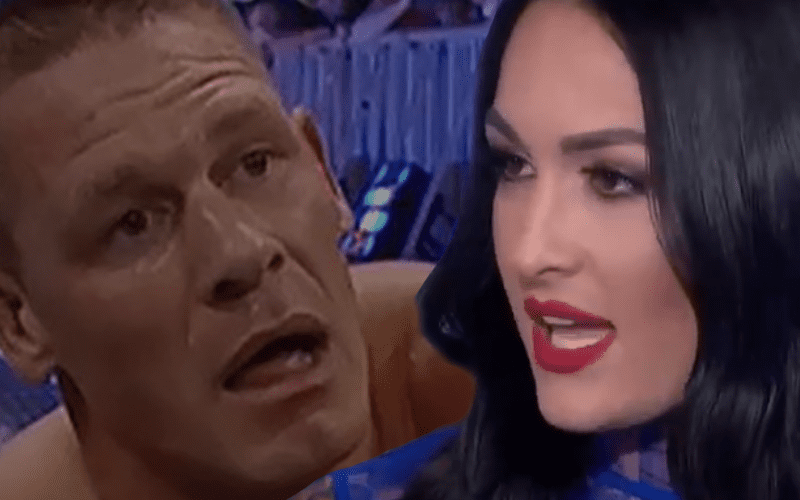 Several sites are reporting that John Cena and Nikki Bella are back together, however that’s not the case.

These reports stem from the most-recent episode of Total Bellas where the Nikki & John seemingly agreed to pick up where they left off in their relationship and start taking the next steps in planning their wedding.

It’s worth noting that these episodes were taped a few months back, well before the news about their split hit the internet. John & Nikki broke up two times during the filming for this season of Total Bellas that we know of, which means they are still not back together but are working on it. All the recent interviews with and media appearances that were made within the last month were done after they broke up the second time (which has not aired yet).